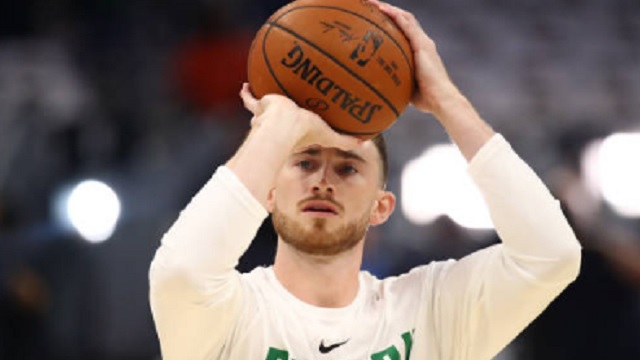 We have an early contender for best sports costume for the year.

Today, Reddit poster easycheesay uploaded a pic of his friend who he described as having lost his leg to cancer dressing up as Gordon Hayward, the Boston Celtic forward who suffered a horrific ankle injury in his first game as a Celtic.

This man lost his leg to cancer, so decided to go as Gordon Hayward for Halloween!💀😂😂 pic.twitter.com/TobonD8sBn

While some will say it’s too soon for Gordon Hayward jokes, this one is actually pretty clever.