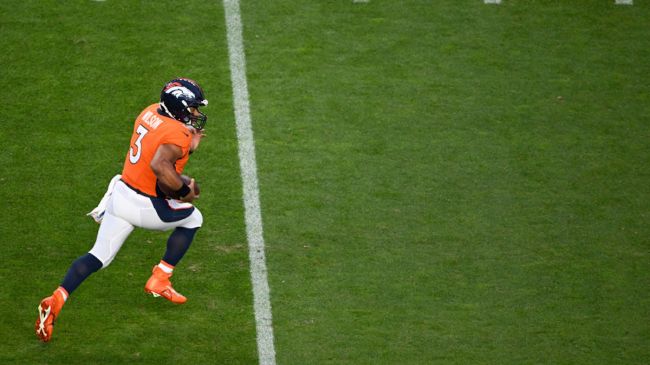 For the last year or so, it seemed like Thursday Night Football — whether it be through shrewd NFL scheduling or pure dumb luck — had finally shed the aura of being an inferior, often hard-to-watch, product.

That sentiment came roaring back on Thursday night during and after a truly pitiful game between Russell Wilson’s Denver Broncos and Matt Ryan’s Indianapolis Colts as neither team was able to score a single touchdown in the 12-9 game (that even went to overtime!).

Following the three-plus-hour-long assault on the sentences, football fans of all shapes and sizes — from highly-paid analysts to regular joes — took to Twitter to wonder if they just witnessed one of the worst National Football League games of all time.

This is the greatest worst game I’ve ever seen.

“This is literally the worst football game I have ever witnessed,” said sports TV personality Jim Rome.

This is literally the worst football game I have ever witnessed

That had to be the worst primetime game played in the last 10 years.

This could be the worst football game ever played

“I say this with a full appreciation for the rich history of this great event: This is the worst Thursday Night Football game ever,” said this Twitter user.

I say this with a full appreciation for the rich history of this great event: This is the worst Thursday Night Football game ever.

#TNF being on Amazon Prime is actually pretty cool when you think about it. You can seamlessly switch over to any James Bond movie you want.

This might be the worst NFL Thursday night game, and that’s saying something

“I’m actually with Al [Michaels]. We can spin this: we may be watching the worst TNF game ever,” said football analyst Mike Golic Jr.

I'm actually with Al. we can spin this: we may be watching the worst TNF game ever. @SickosCommittee unite. let's take this back

If this goes to overtime, it officially becomes the worst East Coast Dads™️ game in history.

Because they played on Thursday night, the Broncos now have 11 days to rest up and prepare for their crucial Monday Night Football game against the Los Angeles Chargers on October 17.

As for Matt Ryan — who completed 26 of 41 passes for 251 yards and two interceptions on Thursday –and the Colts, the TNF win brings their record up to a respectable 2-2-1 and puts them in the thick of the AFC North race alongside the Tennessee Titans and the upstart Jacksonville Jaguars.