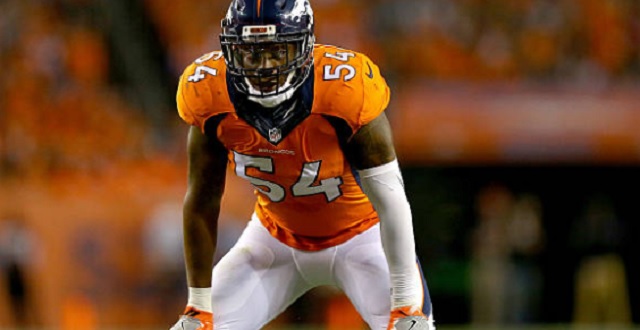 Denver Broncos linebacker Brandon Marshall has the same name as Giants WR Brandon Marshall and they both get frequently confused for each on Twitter by fans.
Unfortunately for the Broncos linebacker his NY Giants brethren had a rough game in the Giants loss on Monday night. After the game several Giants fans berated the Broncos’ Marshall confusing him with the Giants wide receiver and he had a bit a fun trolling those fans in the process. 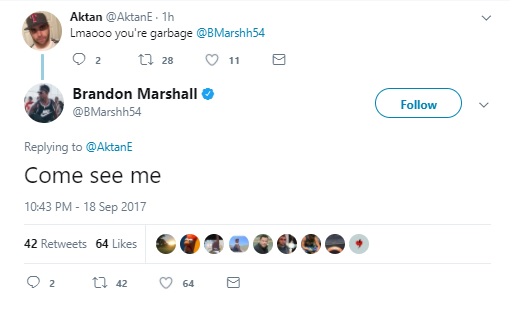 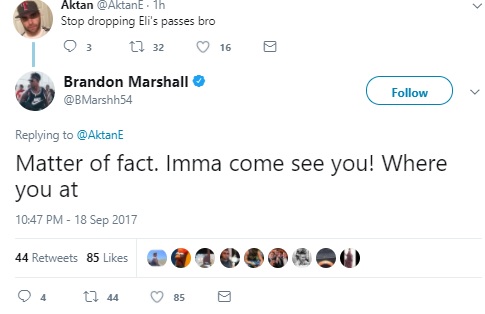 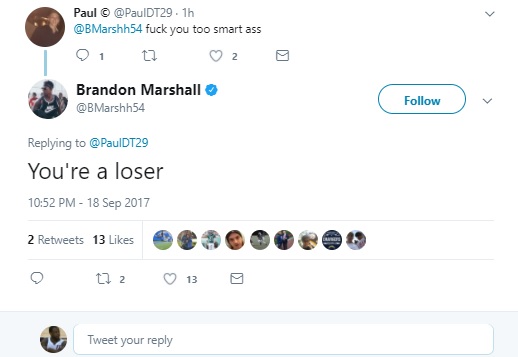 Cuz I can do Bof https://t.co/tKfWbwPMLO

Meet me in the parking lot after the game chump! https://t.co/Kde8MtCljX

Come say that to my face! https://t.co/nBHGWrsP2J