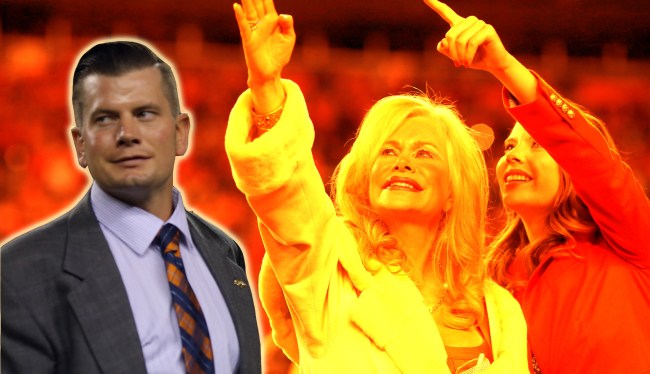 John Bowlen, the son of Denver Broncos’ owners Pat and Annabel Bowlen, and one-time team marketing executive, came unhinged this past week on social media, with a 24-post rant in which he rips team management.

According to Deadspin, it all began with this odd Twitter video of Bowlen hanging out with the Broncos’ recently fired head coach Vance Joseph.

This was posted to an IG account called @superbowlen nine hours ago. pic.twitter.com/QJpDG5LJlJ

Bowlen then took his rant up a few notches, complaining about how mad he was that general manager and president of football operations John Elway and Broncos president and CEO Joe Ellis didn’t bring back Mike Shanahan to coach the team. Because that would make sense.

Instead, the team hired former Bears defensive coordinator Vic Fangio, who, according to one of Bowlen’s posts, he just fired… I think.

“Hey coach!!! I just fired [Vic] Fangio! You kick 7 [John Elway] out of your old office and let’s ride!!! This was our pirate ship…from the beginning! Joe [Ellis] on the Plank!!!” Bowlen wrote.

“Mike Shanahan. Supposed to be the head coach. Vic sh*t his pants when I told the truth!!! F**k em'”

I think that was supposed to be a Deez Nuts joke. Pitiful.

I also believe that what Bowlen is referencing is a December report that claimed Elway wanted to fire Joseph after the 2017 season and replace him with Shanahan only to be rebuffed by team president Ellis.

Meanwhile, the team has been in a trust (and in legal battles) ever since Pat Bowlen relinquished control due to Alzheimer’s in 2014.

One of Bowlen’s children will eventually most likely gain control of the team, once the courts rule in their favor, and they will, and I am just spitballing here, but I am guessing that it won’t be John.

If you want to know why, I present to you Exhibits A through X below…