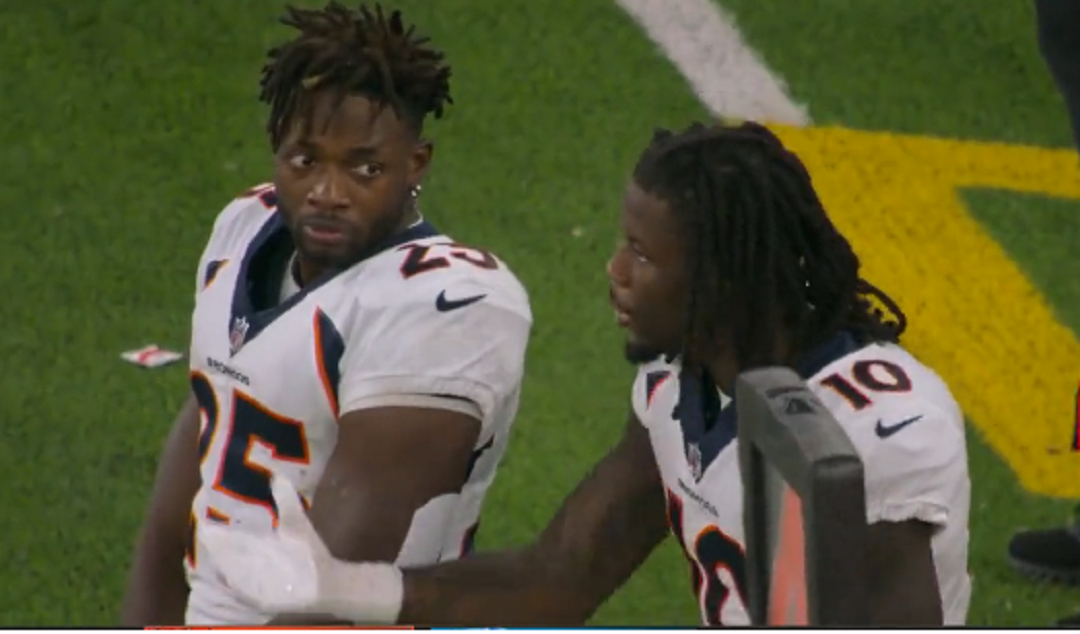 The Denver Broncos’ offense continues to look terrible, and it appears that some of the Broncos players are fed up.

On Monday night, the Broncos were once again anemic on offense during the team’s loss against the Chargers.

The Broncos had 258 yards of offense tonight.
Their worst offensive outing of the season in terms of yards.
They had 11 days to prepare for this game and were facing a Chargers team that was allowing 368 yards per game which was 23rd out of 32 teams in the NFL.#BroncosCountry

“First and foremost, it starts with me. I feel like I can do more. And continually work to try to find the best schemes for our players. We’ll have to look at this game and see where some of those things broke down. We’ve got to come up with better plays for the guys and the guys got to be better at executing them. So, it’s a combination of all of us working together, coming together, and making sure we’re doing all the right stuff,”

Late in the game, a clearly frustrated Broncos wide receiver Jerry Jeudy was seen ranting to Melvin Gordon on the sideline.

Fans reacted to Jeudy looking fed up on the sideline.

Lmaaooo this is me talking to my coworkers about our manager tonight https://t.co/e4Obn48PBn

They gonna beat up Wilson in that locker room at some point this season. https://t.co/lwkiaRlmwa

I’d be frustrated too if both my coach and QB were disguised as cheese sandwiches https://t.co/JhbfwMA0JM

This is the sign of a coach that doesn’t have control and a QB who doesn’t have the respect of his teammates… even when Peyton was at his worst his last szn ain’t nobody showing him up like this #broncoscountry https://t.co/bDu6YYK7Cu

Two dumpster fires who can relate to each other https://t.co/S6UhrIIiDA