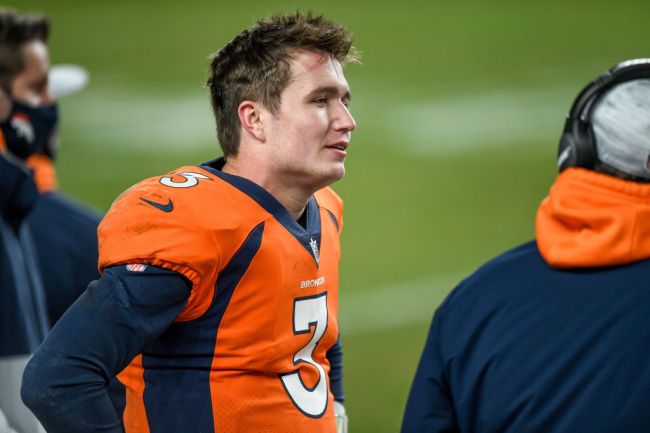 Drew Lock is being put in an awkward position this offseason with the Broncos but he’s trying to do his best to keep his up.

For the past few months, it has been widely reported that the team has been interested in trading for either Aaron Rodgers or Deshaun Watson.

During the Broncos most recent media session, Lock was asked about how he felt amid all the trade rumors circulating around him

“It came w/the lack of wins last year. If we won 10 games, no one would be talking about it. … But due to play from last year, to stop those conversations from happening again, I need to play better this year and that’s where my energy was and that’s where all my focus was and that’s quite honestly why I didn’t think about it is because all my energy and all my time was focused elsewhere this offseason, and that was getting this team better.”

As of now, it appears that Lock will be the starting QB for the Broncos considering a trade for Rodgers or Watson seem unlikely this offseason.