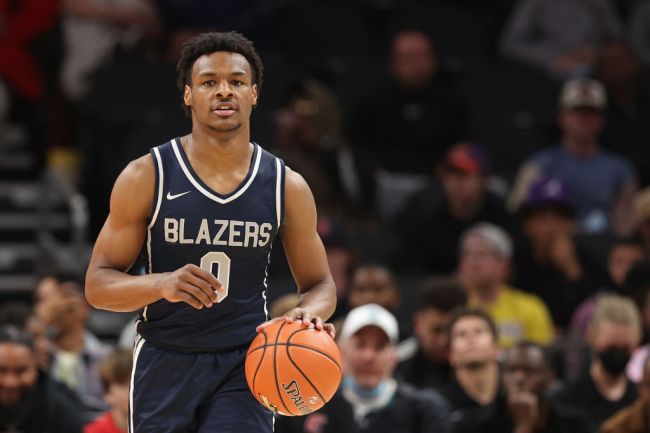 LeBron James’ Bronny is getting ready to launch a new brand, but he might want to workshop some of the names he’s come up for it.

According to trademark attorney Josh Gerben of Gerben Law, Bronny has trademarked several names, including “Bronald.” “BJ Jr.” and “Bronny” for the launch of a new brand of video games, clothing, and NFT’s.

1️⃣ BRONNY
2️⃣ A logo on his "B J JR." signature
3️⃣ BRONALD

The filings all indicate an intent to launch a brand of NFTs, clothing and video games.#BRONNYJAMES #LeBronJames #LeBron #KingJames #ThekidfromAKRON pic.twitter.com/2XheDrOaHB

According to three January filings with the US Patent and Trademark Office, Bronny James’ entrepreneurial journey is taking a major step forward.

As noted by attorney Josh Gerben of Gerben Intellectual Property, James filed trademarks for “BJ JR,” “BRONNY,” and “BRONALD” with an eye toward entering the worlds of NFTs, video games, and apparel.

Fans had hilarious reactions to Bronny trademarking the name Bronald for his new brand.