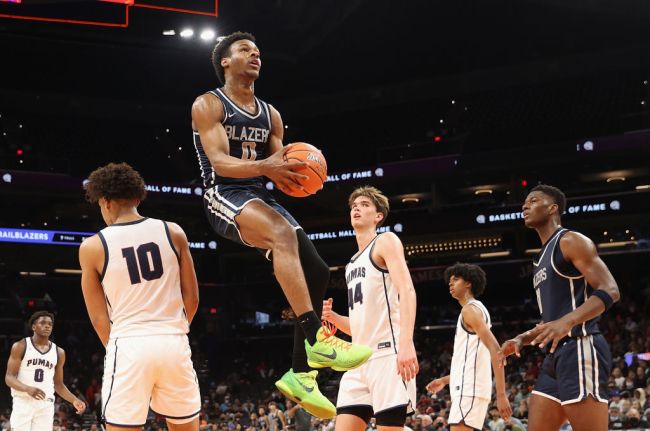 Since basketball fans finally learned which schools were interested in recruiting him just a couple of weeks ago, the Bronny news has been nonstop.

A favorite was reported and then quickly denied by LeBron James. Then another major program joined the list of suitors and reportedly extended Bronny an offer.

Now, there are reports that Bronny already has his eye on a visit with one major college basketball program that was on that original list of teams interested in recruiting him.

According to On3’s Joe Tipton, Bronny is eyeing a visit to Ohio State.

Bronny James is eyeing a visit to Ohio State

Sources: Bronny James, son of LeBron, is eyeing a visit to Ohio State.

The Buckeyes being a team of interest for Bronny shouldn’t come as much of a surprise to basketball fans. LeBron has always been a big fan of his home state’s school and even previously joked about playing college football there alongside JR Smith after they had both retired from basketball.

Ohio State has already put together a strong 2023 recruiting class that features 4 players from the ESPN 100, including 2 in the top 50. However, that doesn’t mean there isn’t room for Bronny James to join that recruiting class. They have yet to recruit a point guard as a member of the class, an opening that could be filled by Bronny.

With schools like Oregon, USC, UCLA, Michigan State, and Memphis all also reportedly in the mix to land Bronny, Ohio State is sure to face plenty of competition during this recruitment. However, they could get a big edge over the competition if they do become the first school where Bronny takes a visit.