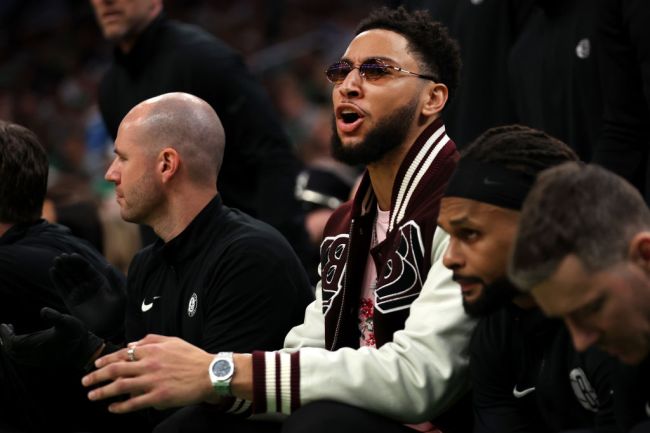 The Ben Simmons situation in Brooklyn took another disappointing turn today as it was revealed that Simmons would not actually be making his debut in Game 4 of the team’s series against the Boston Celtics.

It was a real blow to whatever hopes the Brooklyn Nets have left after falling behind 3-0 on Saturday. It now seems fans will go through the entire 2021-22 season without ever seeing Simmons on the floor and the Nets are not happy with the way this situation has played out.

According to ESPN’s Brian Windhorst, the Nets are already “exasperated” with the Ben Simmons situation.

Windhorst says the Nets are exasperated by the Ben Simmons situation. Adds he got the same info on Simmons’ back soreness yesterday.

"The people involved here are exasperated by this saga, because that is what it is.” pic.twitter.com/NHGY0Pc58C

It should come as no surprise that the Nets are not happy about how this is playing out. The Nets thought they had put together a contender when they landed James Harden last year. Injuries derailed them during last year’s playoffs then they spent most of this season without Kyrie Irving and had Harden force a trade.

Simmons was supposed to be their answer to salvage the situation and still give them a chance to compete, but his return timetable has shifted from March to possibly not appearing this season since they traded for him.

Now the Nets have likely lost another year of their window to contend for a title. They’ll need the Ben Simmons experience to change very quickly if they want to avoid completely missing their window.