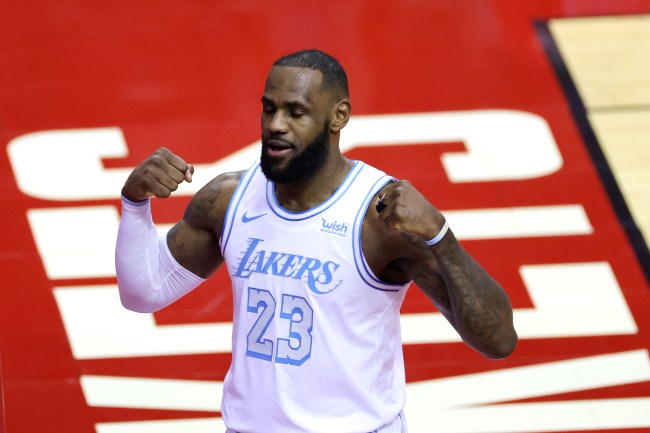 There’s a new superteam in the NBA for LeBron James and the Lakers to compete against.

On Wednesday afternoon the Brooklyn Nets acquired superstar shooting guard James Harden in a blockbuster deal that will see him teaming up with Kevin Durant and Kyrie Irving.

Brooklyn has granted James Harden's wish to be reunited with Kevin Durant with the Nets. Huge haul for the Rockets, but the Nets were determined to get another All-NBA player in his prime — and get him with Harden. KD, Harden … and Kyrie Irving.

The Rockets have sent James Harden to the Nets in a blockbuster four-team trade that also involves the Pacers and Cavaliers, completing the unhappy star’s exit from Houston and setting up a potential superteam in Brooklyn, sources told ESPN’s Adrian Wojnarowski and Ramona Shelburne.
The Nets sent Houston a package that includes multiple players and draft picks and features guard Caris LeVert, who was then traded to the Pacers for Victor Oladipo, sources told ESPN.

Center Jarrett Allen and forward Taurean Prince are headed from the Nets to the Cavs in the deal, sources told ESPN, while the Rockets receive Cleveland guard Dante Exum and Brooklyn forward Rodions Kurucs.

Of course, NBA fans immediately reacted to the new superteam with LeBrom memes considering the Nets are probably his biggest threat this season.

Lebron when he heard the Nets got Harden. pic.twitter.com/N23PkEnyrp

KD really needed this to compete against LeBron pic.twitter.com/ICVv6pEobR

LeBron rearranged the entire league with this 😭 pic.twitter.com/7FHM4nzceA

Oh by the way.

Yes. This makes the NETS a SUPER-TEAM. Yet another Super Team Lebron will have to face in the Finals. It’s the only way for great competition. 🤫 pic.twitter.com/WeCNqYYRBv