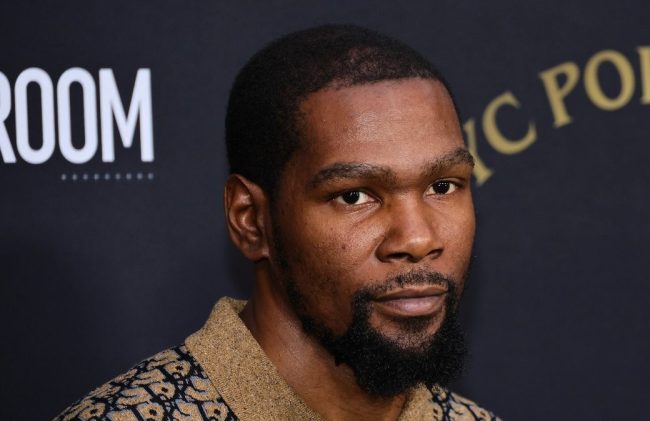 It’s been a hot mess for the Brooklyn Nets lately as the organization may have to trade Kevin Durant. It’s not an ideal situation, however, the front office is doing everything possible to get the best deal. Regardless, things aren’t going well and now rumors are spreading about Durant making a massive decision.

Drastic times call for drastic measures and that’s exactly what Kevin Durant is rumored to be doing. According to Marc Stein, the Nets superstar is more likely to retire than to play in Brooklyn. Additionally, it sounds like there are rumblings that Durant will make some noise just to force a trade to come to fruition.

An NBA executive believes Kevin Durant is more likely to retire than play for the Nets again, per @TheSteinLine

There’s a ‘growing expectation’ that KD could cause ‘a ruckus’ to get the Nets to make a trade pic.twitter.com/ju01EPHIEM

If that’s the case, then the Nets might want to pull the trigger and deal him away soon. Both sides have been incredibly stubborn as neither has any real leverage in trade negotiations. Especially considering Brooklyn refuses to release Steve Nash and Sean Marks while Kevin Durant has four years remaining on his contract.

As of now, the two sides are at a standstill. However, if these reports are true, then Durant could potentially scare the front office into trading him away. The superstar forward very clearly wants out of Brooklyn and it’s hard to imagine he plays for the Nets in the 2022-23 season.

Look for trade talks to potentially ramp up because of this. Losing Kevin Durant without receiving anything in return could be detrimental to this franchise. Brooklyn has been seeking a monster deal but the threat of losing Durant to retirement may change the tune the front office is humming.