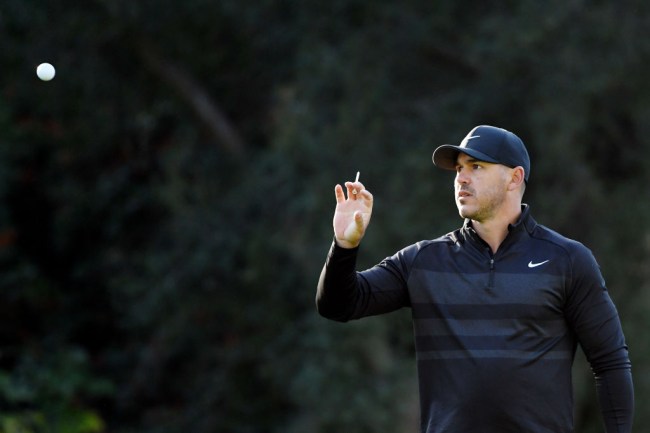 The newly proposed Premier Golf League has been a major topic of discussion over the past month or so after initial details were revealed about the league that would seemingly rival the PGA Tour. The PGL will be looking to lure the top players in the game and the scheduling would conflict with the PGA Tour’s schedule and the FedEx Cup.

Phil Mickelson played in a pro-am with some of the key figures involved with the PGL and said that he was fascinated. Rory McIlroy, on the other hand, offered his thoughts about the league ahead of last week’s WGC-Mexico Championship and explained that he’s currently out mostly due to the fact that he wouldn’t have control over his schedule.

The topic came up during Brooks Koepka’s presser on Wednesday at the Honda Classic and Koepka, who never holds back from telling it like it is, and he explained that all he’s worried about is playing against the world’s best on whatever Tour or in whatever league that may be in.

He also made it very clear that the PGL could offer him a huge chunk of cash to join the league, but that wouldn’t matter to him.

“Money doesn’t matter,” the 29-year-old four-time major champion said according to Golf Digest. “It’s not something that’s important. I just want to be happy. Money’s not going to make me happy. I just want to play against the best.

“If somebody gave me $200 million tomorrow it’s not going to change my life. What am I going to get out of it? I already have [enough money] that I could retire right now, but I don’t want to. I just want to play golf.”

It’s safe to say that Koepka is still on the fence about the newly proposed league and will let pieces fall into place.

“I think everybody wants to play against the best,” he said. “Whatever comes of it, comes of it, and it is what it is.

“The Tour has been incredible to us, the way things have developed over the years. We have to see where things go. It’s all very new and it’s all very fast.”