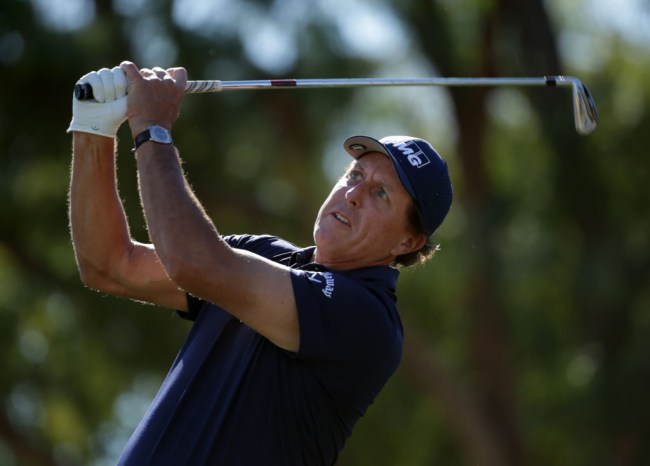 Details, rumors, and reports have been swirling about a new professional golf tour that may rival the PGA Tour called Premier Golf League. While the PGL is a different format compared to the PGA Tour’s it’s looking to lure some of the game’s top players and would conflict with the Tour schedule, specifically the FedEx Cup schedule.

The details were revealed last week by the World Golf Group. The PGL would consist of 18 tournaments and instead of 72 holes, would be cut to 54 holes. A total of 48 players would compete in an eight-month season with a total of $240 million in total prize money. There would be no cut in the tournaments, and the most interesting part of this is that there would be both an individual format and team-league format.

It’s certainly an interesting concept, to say the least.

While details are still a bit fuzzy, Saudi Arabian money appears to be behind the UK-based organization. They have also partnered with New York-headquartered merchant bank the Raine Group

According to Martin Dempster of The Scotsman, Phil Mickelson, who is playing in this week’s Saudi International, played his pro-am round with Majed Al-Sorour, CEO of the Saudi Golf Federation. Among other high-profile figures in his group was a man identified only as Richard.

Mickelson admitted he was ‘fascinated’ and certainly sounds like a man interested in what may come of the Premier Golf League.

“I had the chance to spend time with and play with the gentlemen in charge of trying to start a new Premier League,” he told a group of reporters attending this week’s $3.5 million European Tour event. “It was fascinating to talk with them and ask some questions and see what their plans are. Where they started, how they started, why and just got their background, which was very interesting.

“I asked a lot of questions today and there are some very interesting ideas and it seems very well put together. I think a huge aspect of it is about the fans. Before I formulate an opinion, I’ll look at whether or not this is a good thing for fans, is this a good thing for sponsors and is it going to be good for television? How does it affect all those involved?”

Earlier this week PGA Tour commissioner Jay Monahan addressed the reports circulating of the PGL essentially stating that it’s either ‘us or them’ stating “our members will have to decide whether they want to continue to be a member of the PGA Tour or play on a new series,” per Golf Channel.