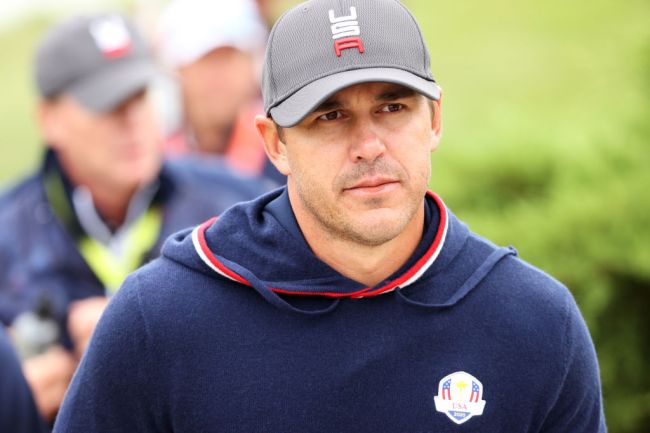 Brooks Koepka turned heads in a major way with his comments about the Ryder Cup and attempted to clear things up during his press conference at the event on Thursday.

Golf Digest recently published a long-form interview with the four-time major winner in which he didn’t have one positive thing to say about the Ryder Cup. In fact, his comments made it sound like he disliked every aspect of the event, which drew criticism from plenty, including Paul Azinger who thought maybe Koepka should give up his spot on the team.

Koepka explained what he really meant with his comments during Thursday’s presser.

Koepka can point his finger at the media for spinning his comments in a negative way, but the media didn’t have any other choice. He didn’t say anything positive about the Ryder Cup, instead, he complained about how the event doesn’t allow for him to stick to his regular routine, he even complained about not being able to take naps.

“It’s different. It’s hectic. It’s a bit odd, if I’m honest,” Koepka said when asked whether or not it’s weird being on a team. “I don’t want to say it’s a bad week. We’re just so individualized, and everybody has their routine and a different way of doing things, and now, it’s like, OK, we have to have a meeting at this time or go do this or go do that. It’s the opposite of what happens during a major week.”

Koepka saying “I don’t want to say it’s a bad week” pretty much means he thinks it’s a bad week. That’s like saying ‘don’t take this the wrong way’ and then making fun of someone, it doesn’t really translate all that well.

“It’s so far from my normal routine. I can barely see my [personal] team. It’s hard to even go to the gym. At the Presidents Cup in New York, we had to go to the gym at 5 a.m. to get it in. We went to the Equinox, and it was me, Dustin and Tiger, and we come back and go to a team meeting. Under regular conditions, I take naps a lot. I might take an hour, hour-and-a-half nap, or just chill on the couch and watch “SportsCenter,” before rounds, after rounds, whatever. There’s no time to do that at the Ryder Cup. There’s no time to decompress.”

You have to tip your cap to Koepka for being honest, he’s one of the most candid guys in the game. His honesty may rub you the wrong way, but it’s not his job to care about what anyone thinks about him, and he certainly puts on that demeanor that he couldn’t care less about anyone else’s opinion.

Koepka might have lost a few fans following his (not) negative comments about the Ryder Cup, but if he can be a key piece to the U.S. beating the Europeans over the weekend he’ll have fans back in his corner. Not that he cares, though.