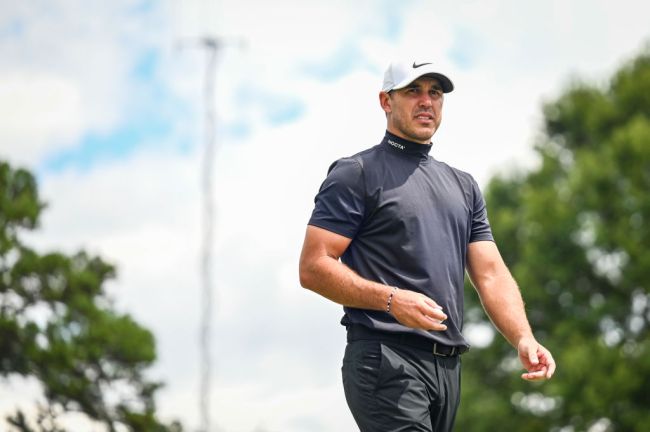 Paul Azinger has a pretty simple message for Brooks Koepka: if you don’t love competing in the Ryder Cup, then don’t go, and give your spot up for someone who wants to be there.

Azinger’s suggestion for Koepka to relinquish his spot on the U.S. Ryder Cup team come a day after the four-time major winner bad-mouthed the overall Ryder Cup experience. Koepka had a plethora of negative things to say about the Ryder Cup and talked about how it doesn’t allow for him to stick to his normal routine, be around his team, and even mentioned he can’t take his regular naps as he does during a regular tournament week.

All in all, Koepka made it sound like competing in the Ryder Cup is a chore for him instead of a positive opportunity to represent the United States in one of the most prestigious events in the sport.

Azinger, who competed in four Ryder Cups and captained the Americans to a win in 2008, had a blunt reaction to Koepka’s comments.

"Brooks is one of the most candid guys there is and if he's blatantly honest with himself and he doesn't want to be there, he should come out and say it."

Azinger Is Right On This One

Azinger said nothing wrong here. Koepka is one of the most honest athletes in professional sports and his comments about the Ryder Cup are just the latest example of that. If he was willing enough to talk honestly about the Ryder Cup, then he should be willing to give up his spot if he truly wants no business being on the team.

What can’t be lost in this is that Koepka earned his spot on the U.S. team, he wasn’t a captain’s pick, and it’s absolutely going to be up to him to walk away.

Having said that, given Koepka’s own comments, Azinger’s comments, and the fact that Koepka is currently rehabbing a left wrist injury, there seems to be a bit of momentum toward Koepka not teeing it up at Whistling Straits at the end of the month.