Injury Update For Brooks Koepka Heading Into The Ryder Cup Is Positive, Well, Sort Of 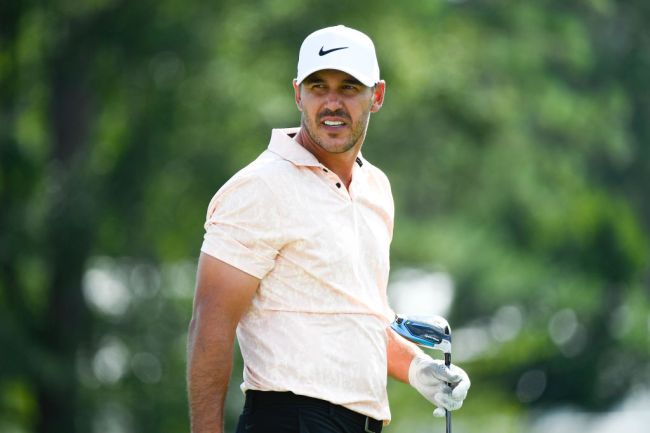 The two biggest stories heading into the Ryder Cup both involve Brooks Koepka.

Two weeks ago the top story wash how Koepka and Bryson DeChambeau will get along on a team together amid their ongoing feud with one another. Now, the leading story is whether or not Koepka will even tee it up at Whistling Straits for the U.S. at the end of September after picking up a left wrist injury.

We still don’t know how either of those storylines will play out, but American captain Steve Stricker did offer up an update about Koepka’s injury status, and for the most part, it’s positive.

“I’m leaving it up to him. Talking to him every other day. I’m just going to say that we’re focused on him playing. It sounds positive,” Stricker told Golfweek on Monday. “He wants to be there and he’s working hard to be there. He’s rehabbing and his caddie is with him. I haven’t talked to him for a couple of days. I’ll give him a jingle (Tuesday).”

It’s a good thing that Koepka “wants to be there” and is “working hard to be there,” but on the other hand, anytime the word rehab is tossed around regarding a wrist injury less than two weeks out from an event is worrisome.

Koepka Hasn’t Been 100% Healthy In Quite Some Time

Koepka is accustomed to teeing it up while not at 100%, he’d probably be the first to tell you that he wasn’t fully healthy at any point during this last PGA Tour season. His left knee has given him fits for quite some time now and he essentially played the 2021 Masters on one leg.

Golf fans were quick to notice that Koepka was the only Team USA member not present for the team’s practice session at Whistling Straits this past weekend.

Spotted at the Straits today 👀 pic.twitter.com/5FKdEnjUY1

Only time will tell, but the clock is ticking for Koepka and Stricker to make a decision.