Top Storylines To Pay Attention To At The 2021 Masters: Spieth’s Return To Form, Koepka’s Health And History On Thomas’ Side 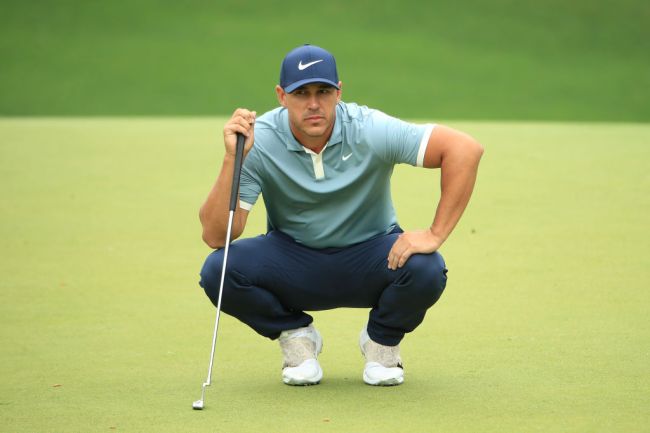 We only had to wait five months between this year’s Masters and last year’s unique Masters in November, but I think we can all agree that the wait was still too long. Masters week is finally here, and there are plenty of great storylines to pay attention to heading into the 85th edition of the tournament.

Since the calendar turned to 2021 we’ve been spoiled with some high-quality and high-drama golf, and this week at Augusta National should be no different. Plus, a limited number of patrons will be on the grounds this week so the roars will be back, albeit a few decibels lower.

From Dustin Johnson trying to win back-to-back Masters to Jordan Spieth finding his stride just at the right time to Brooks Koepka testing out his newly repaired knee, we’ll take a deep dive into the most intriguing storylines to get you prepared for the four best days in golf.

Jordan Spieth stepped into the winner’s circle last week for the first time in almost four years as his game has finally gotten back to form this season. There is always hype around Spieth heading into the Masters given what he’s been able to accomplish at Augusta National over the years, but coming off of a win, that hype is now at an all-time high.

Besides winning the green jacket in 2015, Spieth has three other Top 3 finishes here in the seven times he’s teed it up in the Masters. Even when he’s not in form, Spieth seems comfortable at Augusta, which isn’t something many players can say. There’s just something about Spieth and these hallowed grounds that work well together.

Spieth ranks 28th in strokes gained: total this year, he finished 99th in that category a year ago. His short game has always been there, and he’ll need it to be there this week as well, but given his ability from tee-to-green at the moment it shouldn’t shock anyone to see him in contention come Sunday afternoon.

It was unclear whether or not Brooks Koepka would be teeing it up this week after withdrawing from The Players back in March due to a right-knee injury. He later revealed that he suffered a right knee cap dislocation and ligament damage and had a procedure done to repair the damage. All questions about Koepka playing this week were answered on Sunday when he practiced at Augusta and played four holes with Viktor Hovland, just 19 days after undergoing surgery.

While everyone’s eyes will be on Koepka’s knee, we can’t forget that he came from behind to win the Waste Management Phoenix Open back in February and finished T-2 at the WGC event at Concession the week prior to revealing the knee injury. Koepka finished T-7 in the November Masters and T-2 the year prior after a disastrous double-bogey on the Par 3 12th.

3. Everything Trending In The Right Direction For Justin Thomas

While you’d have to give the nod to his buddy Mr. Spieth for being the hottest player heading into the week, you can not overlook JT this week for a myriad of reasons. Thomas is less than a month removed from putting on a masterclass of a weekend en route to winning The Players and has arguably been the best ball-striker on the planet since the start of the year.

On top of just overall good form, this is Thomas’ sixth Masters and as Kyle Porter at CBS Sports points out, of the 53 Masters champions, the average champion wins his first green jacket in his sixth start at Augusta National. It’s also safe to say that Thomas has enjoyed himself at Augusta more and more each time he’s teed it up here having improved his finishing position every year. JT has gone T-39, T-22, T-17, T-12, and finished solo fourth during November’s Masters.

4. Bryson DeChambeau Could Break This Place

Augusta National has not been too kind to Bryson DeChambeau over the years. His best finish at the Masters (T-21) came back in 2016 when he was still an amateur. His attempt to overpower the place in November didn’t go as planned as he finished T-34.

DeChambeau has picked up another win since last November and gained even more experience with a T-3 finish at The Players. Maybe this could be the year that he figures Augusta National out. You have to assume he’s due to have a good week here sooner rather than later, and given his form, this could be that week. Maybe we’ll see fewer drivers this week compared to years past, or maybe the reigning U.S. Open champ goes full-send and brings his Winged Foot gameplan to town.

This April’s Augusta National isn’t going to be anything like November’s version. DJ isn’t going to go out and post another tournament record 20-under this week like we saw him do a few months ago, but that doesn’t mean he can’t, or won’t, go out and repeat. Only Tiger Woods, Jack Nicklaus, and Nick Faldo have won green jackets back-to-back years, but DJ has thrived here over the years, who is to say he can’t join that bunch of all-time greats?

Johnson’s worst finish in his last five Masters appearances is a T-10 that came in 2018. It would be more of a shock to not see DJ among the final few groups come Sunday than actually seeing him there in contention.

Maybe with absolutely nobody predicting Rory to have a chance at winning his first green jacket, this will be the year he actually accomplishes the feat. While his results don’t necessarily show it – he’s managed two Top 10’s in his last four starts – McIlroy has been struggling as of late. He’s been chasing more distance, tinkering with his swing, and fighting the big miss in a major, major way. We saw this at The Players when he shot an opening-round 79.

McIlroy recently began working with Pete Cowen to get his swing back in order. Maybe the duo has found something, or maybe they’re still tinkering and McIlroy doesn’t even see the weekend. Nevertheless, McIlroy is still one of the most intriguing storylines this week and will continue to be every single time he tees it up at Augusta National without a green jacket in his closet.

7. The Three Not So Young Internationals

Lee Westwood recorded back-to-back runner-up finishes at the Arnold Palmer Invitational and The Players at the ripe young age of 47-years-old. Westwood loves Augusta National and has played well over the years here, to say the least, with two second place finishes to his name and eight other Top 25 finishes.

Sergio Garcia, who is 41-years-old, finished T-9 at The Players and made a deep run at the WGC Match Play event two weeks ago in Austin. He’s rounding into form and already owns a green jacket.

Then, the player really flying under the radar is 43-year-old Paul Casey who has earned four Top 10’s over his last five starts on Tour. Casey ranks 22nd overall in strokes gained: total heading into the week and has five Top 10 finishes at the Masters on his résumé.