Step Aside Jesus, Jordan Spieth Is BACK On The Day Of Resurrection, Breaks His Long PGA Tour Drought 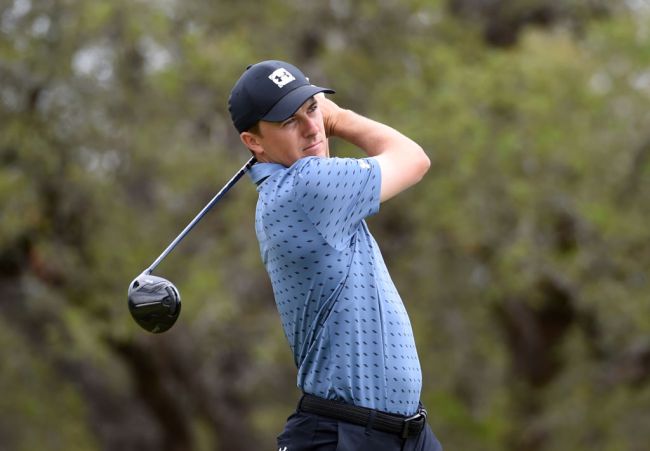 Jordan Spieth took a play out of Jesus Christ’s playbook on Easter Sunday and resurrected his career to win his first PGA Tour event in nearly four years. The 27-year-old Texas native went 82 starts on the Tour without a win before this weekend’s Valero Texas Open victory broke his losing streak. He entered Sunday in the final group with a two-stroke lead and secured the victory over Charley Hoffman with a 5-foot birdie putt on the 17th hole.

Spieth’s 1,351-day slump began after the 2017 British Open at Royal Birkdale and saw him slip as low as No. 94 in the world. He showed signs of turning it around this season and has been in the mix three times. He was tied for the three-day lead in Phoenix, led by two strokes entering the final round at Pebble Beach and was two behind in the last day at Bay Hill— but he couldn’t close it out. That inability to finish changed on Sunday. Spieth was in the zone.

Dialed-in. 🎯@JordanSpieth puts it to 2 feet, 5 inches on No. 3, the best of any player today @ValeroTXOpen. pic.twitter.com/P1IdgGNGYN

3 birdies on his first 6 holes. 👀@JordanSpieth stays ahead by 1. pic.twitter.com/h8yKrecDSX

He birdies and extends his lead to 2 thru 8. pic.twitter.com/ZF2r1ul8gc

A birdie at the 12th extends his lead to 3. pic.twitter.com/LdjgBOoHfb

Unfazed under pressure.@JordanSpieth saves par at 15 to keep a two-shot lead. pic.twitter.com/RFzSa9P0He

In his post-round interview, a visibly emotional champion expressed what a long road it was to get back in the winner’s circle.

“This is a monumental win for me,” he said with a big smile. “It’s one that I certainly thought about for a long time.”

Spieth’s win comes four days before the Masters begins next weekend, and he will be amongst the favorites at his favorite course. He has been playing incredible golf this past year, but wasn’t quite able to get across the finish line. That extra push was in his favor in his home state and he will look to continue that momentum of closing out events at Augusta. He was the runner-up in his Masters debut in 2014, won wire-to-wire in 2015, and was the second place finisher again in 2016 after choking away a back-nine lead. Jesus Christ is back, Jordan Spieth is back, and it’s officially Masters week. Have a blessed day.