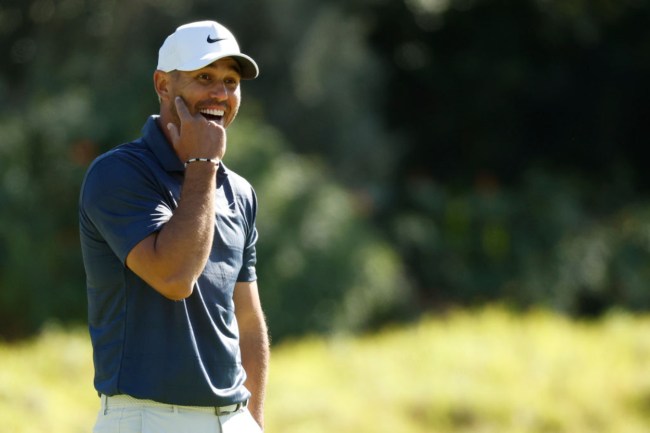 When you think of athletes being asked for autographs, you probably envision NBA or MLB players first, but golfers on the PGA Tour are hounded for their signatures by fans as well. After all, golf fans get up close and personal to players each week on Tour.

With Brooks Koepka being one of the most famous golfers on the planet he’s been asked for his autograph thousands upon thousands of times. At this point, he’s just having fun with it, and coming up with unique ways to tell fans no.

While walking on the range at the WGC-Dell Technologies Match Play, a fan began videoing Koepka while asking him for his autograph. Instead of ignoring the fan or politely telling him he didn’t have the time, Koepka pulled out an all-time quote from one of the greatest golf movies ever, ‘Tin Cup.’

“I’ve got to work,” Koepka said in the video obtained by TMZ. “I don’t come to your job asking for your sh-t, do I? I don’t think so.”

Someone who hasn’t seen ‘Tin Cup’ dozens of times like me (no big deal) would think that Koepka was being unbelievably rude to the fan. Fans of the golf classic know that Koepka is paying homage to the villain of the movie, David Simms.

The exact quote from Simms is “I’m working here, this is my office, do I come to your office and ask you for your autographs? I don’t think so.” Koepka just put his own twist on the quote.