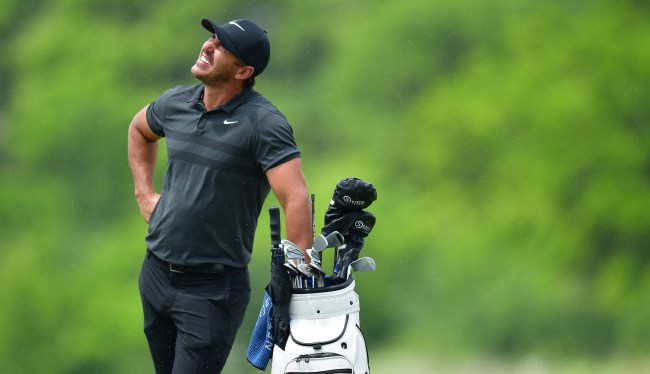 2018 PGA Championship winner Brooks Koepka was in New York City on Monday, a little over a week before he gets set to defend his title at the 2019 PGA Championship at Bethpage Black on Long Island.

The reason for his visit to NYC was to see if he could win free beer for the entire city of New York by making one unique golf shot.

Koepka’s task was to see if he could hit a moving green floating on a barge in New York Harbor from a hill on Governor’s Island in three shots or less.

It took him two shots.

And now, on May 16th, a week from this Thursday and the first day of the 2019 PGA Championship, every New Yorker of legal drinking age will be able to score free beer from Koepka’s sponsor Michelob Ultra.

According to Michelob Ultra, New York City residents are now eligible to receive a $5.00 rebate via a pre-paid card when they purchase one Michelob Ultra six-pack.

Golf Digest also states that New Yorkers will be able to get a free Ultra at certain bars from 3pm to 6pm in New York City on May 16th. Michelob has yet to announce which bars those are, so stay tuned.

#NYC, a lot of ULTRAs on the line today…

Let’s do this. 💪 #ULTRAShot pic.twitter.com/py9NKP5ZTn