Browns Hire Kevin Stefanski As Head Coach, Who Guided The Vikings To A Whopping 7 First Downs On Saturday 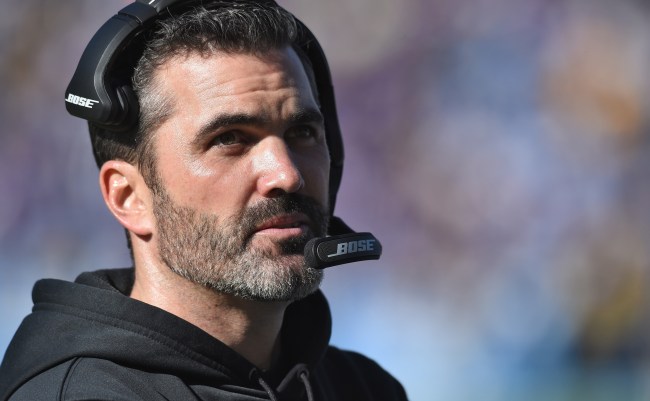 The Cleveland Browns have hired former Minnesota Vikings offensive coordinator Kevin Stefanski as their new head coach, according to reports. Stefanski will be the third head coach that former #1 overall draft pick Baker Mayfield has had in his first three seasons.

The 37-year-old Stefanski had been the offensive coordinator for the Minnesota Vikings since 2018, when he took over the position on an interim basis. Prior to serving as the team’s offensive coordinator, Stefanski held various roles within the Minnesota Vikings coaching staff, such as assistant director of football operations, assistant to the head coach, assistant quarterbacks coach, tight ends coach, running backs coach, and quarterbacks coach.

Stefanski graduated from the University of Pennsylvania, where he also played football and won the Penn Freshman of the Year award in the year 2000.

The first-time head coach’s last game as the OC of the Vikings will certainly be a forgettable one, as his Kirk Cousins-led offense mustered just seven first downs against the San Fransisco 49ers’ smothering defense. In addition to the lack of first downs, the Vikings accumulated just 147 total yards of offense and committed two turnovers.

Cleveland is hoping that Stefanski will be able to reenergize the career of former #1 overall pick Baker Mayfield, who regressed in his second professional season under the overwhelmed Freddie Kitchens.

The Browns certainly have the talent to be a decent football team and now it’s up to Stefanski to turn them into exactly that.

Browns requested permission Saturday to interview Eagles’ VP Andrew Berry for their GM job. He is a favorite to be matched with new HC Kevin Stefanski.