Bruce Arians Fires Back At Critics Who Thinks He’s Too Loyal To Players, Says Loyalty Cost Him His Job With Steelers 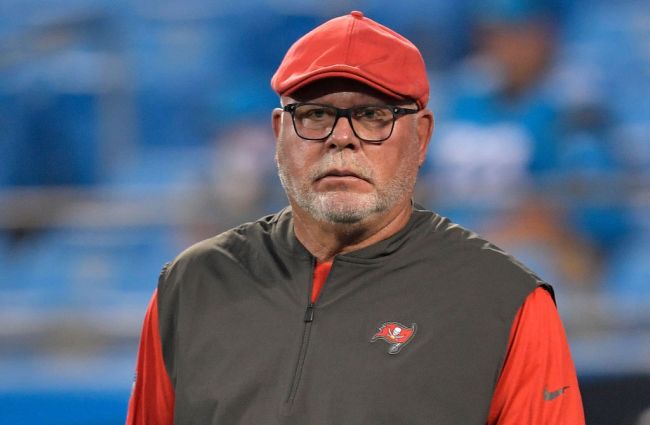 Before Bruce Arians became the Super Bowl winning coach of the Buccaneers he took a number of different seats on the ride that is the football coaching carousel. He bounced between both college football and the NFL from the mid-1970’s to the late 90’s with stops at Temple, Alabama, Mississippi State, New Orleans, and Kansas City before firmly finding his footing at the professional level in 1998 and has never looked back to the college level since.

Arians had tremendous success with the Steelers as a wide receivers coach from 2004-2006 before taking over as offensive coordinator from 2007-2011 with Pittsburgh winning the Super Bowl in 2005 and 2008 to go along with a trip to the big game in 2010.

You’d think every Steelers fan would be supportive of Arians, but some didn’t appreciate his risky and bold play calling that left Ben Roethlisberger exposed to taking big hits. Arians was even booed by fans during one of the team’s Super Bowl parades for essentially staying true to himself and being loyal to Roethlisberger despite the critics.

Following Pittsburgh’s 12-4 season in 2011, the Steelers decided not to renew his contract. Ultimately, Arians believes that his loyalty to Roethlisberger is what cost him his job in Pittsburgh, a place where he went 45-25 as the offensive coordinator.

In a recent interview with Sam Farmer of the Los Angeles Times, Arians spoke out about some of the pushback he’s received in regards to being loyal to his players.

“I’ve been accused that that is a fault. Got fired in Pittsburgh because I was too loyal to Ben [Roethlisberger]. If that’s a problem, you’ve got the problem. I don’t have a problem. I get very close to my quarterbacks. My dad taught me one thing: You have your name and your loyalty, and those are the most important things you have.”

You have to respect Arians’ comments here. There’s no shame in betting on yourself and sticking to your morals you were raised on. You can’t fault the man for being loyal to his quarterbacks over the years, the process has clearly worked out pretty well for him.