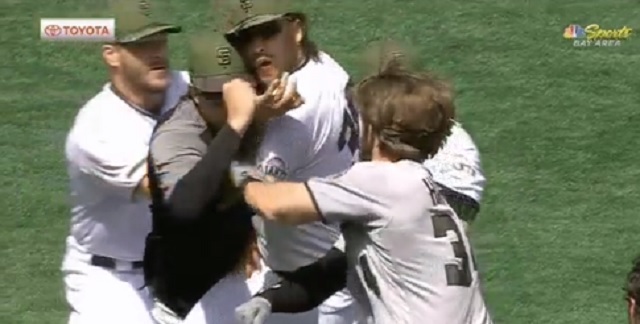 A few months ago, Bryce Harper sparked a ​bench-clearing brawl when he charged the mound towards Giants pitcher Hunter Strickland. During the brawl, Giants outfielder Michael Morse suffered a concussion after colliding into his teammate Jeff Samardzija after running on the field.

YOU'RE ON THE SAME TEAM pic.twitter.com/3OK1qMh4HQ

Speaking to the San Francisco Chronicle on June 23, Morse said he had little recollection of what happened on Memorial Day, and that goes beyond what happened on the field. At that time, he noted he was feeling better, but there were still lingering symptoms, such as dizziness when his heart rate increased and headaches.

Giants manager spoke the media yesterday about Morse’s condition and believes the Giants outfielder is going to have make a decision on his future.

Bochy said Morse is back at home in Florida, still recovering. At some point, "he'll have to make a decision."