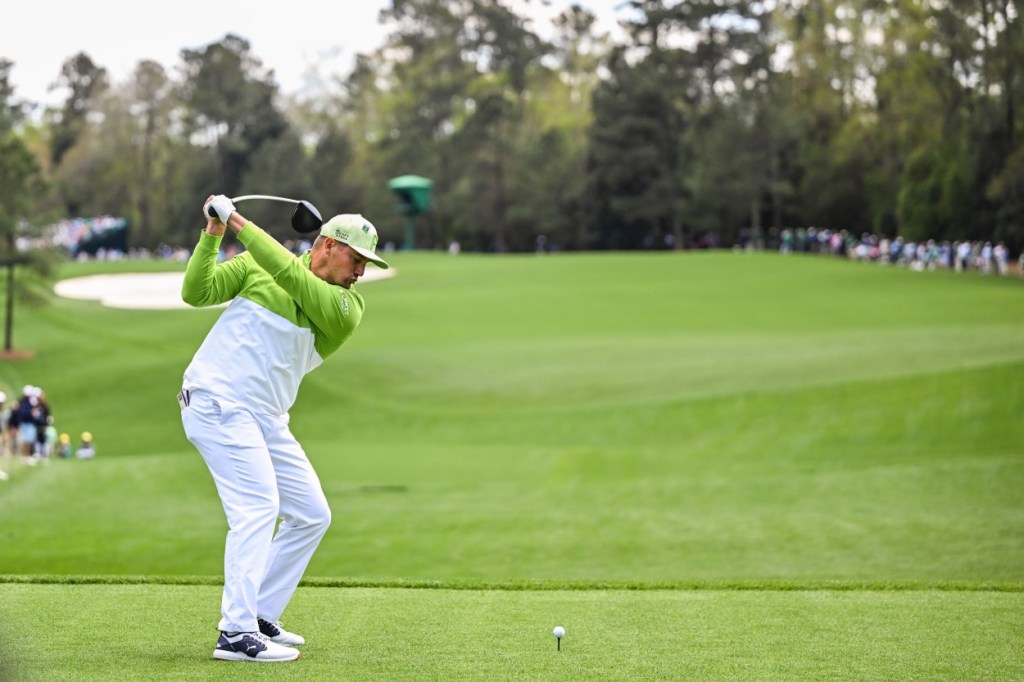 I’ve never been more convinced that Bryson DeChambeau is a robot than I am after watching this video below. He’s always come off as more robot than human from the way he talks, walks, and acts. But seeing his swing in such high-definition it’s clear to me that no human being moves this way.

The DP World Tour (European Tour) recently uploaded this video of the #19-ranked golfer in the world. It shows Bryson DeChambeau’s golf swing from multiple angles so we can really absorb how he gets so much power on the ball.

Bryson has recently been battling injuries which is why he wasn’t really in the discussion at Augusta National as a contender. But when he’s healthy he is an absolute force to be reckoned with on the course. The dude averaged 323.7-yards in driving distance during the 2020-21 PGA Tour. And here we get a close-up look at how he generates all of that power.

Real human beings who breathe air and need sustenance to survive simply do not swing a golf club that hard and make good contact with the ball on every swing. If I tried to swing like that I would tear every muscle up the right side of my body trying to generate enough power to throw a cannonball over a mountain. So it makes perfect sense that Bryson is a robot.

On the 2020-21 PGA Tour, Bryson DeChambeau ranked 1st on the tour in Driving Distance and Eagles. He ranked 3rd in Birdie Average, finished 3rd in the money, and was 4th in Scoring Average. So if you are able to watch that footage of this living breathing robot swing like that and go out there on the course and replicate it yourself then you too might be able to get rich playing golf.

Adam Scott stole Tiger Woods’ old swing. This is a fact I’ve convinced myself of. Seeing his swing in slow motion only reinforces that fact to me.

So whose swing would you rather have, the swing of Bryson DeChambeau or Adam Scott? Let us know on Twitter or in the Facebook comments!