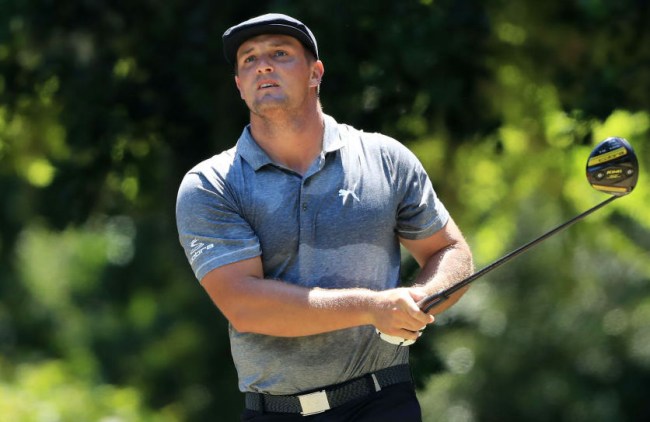 It’s virtually impossible to explain the concept of Weird Twitter to someone without them silently judging you for being a fan of the absurd and seemingly nonsensical content that defines that realm of the internet. However, a lot of people would likely be surprised to learn how many of the memes and joke formats that are eventually beaten to death after hitting the mainstream can be traced back to the trendsetters who’ve been honing their signature brand of subversive comedy since the early part of the last decade.

One of my favorite things to come out of Weird Twitter is the concept of the “Large Adult Son,” which became enough of a phenomenon to get examined in an article that The New Yorker published in 2017. Later that year, we were treated to a spinoff of sorts thanks to a picture of Queen Elizabeth II standing alongside David Morgan-Hewitt, a man you probably know better as the prototypical “Absolute Unit.” 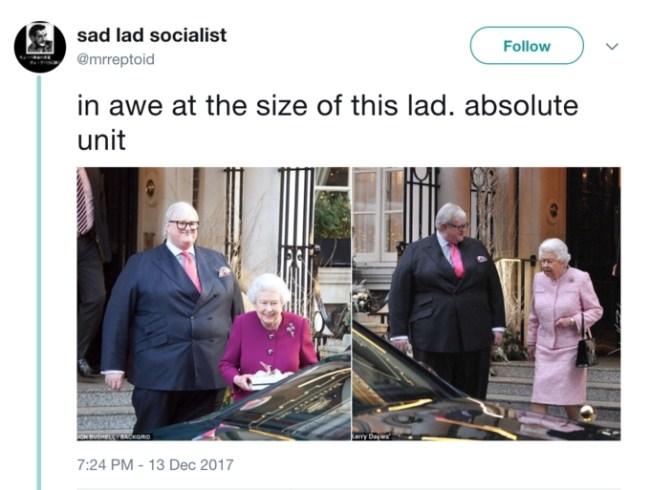 I’m not even going to bother looking up how many think pieces have been written by people bemoaning the problematic nature of Absolute Unit memes that they probably claim are deeply rooted in fat-shaming, as anyone who thinks that is incredibly misguided. The point is not the criticize people for their size but instead praise anyone who’s managed to transform into an impressively large human being without any consideration for or judgment of their BMI.

If you’re looking for a recent example, you don’t have to look any further than Bryson DeChambeau, who earned the nickname “The Mad Scientist” thanks to his almost unparalleled analytical approach to golf and the lengths he’ll go to in order to take his game to the next level.

Last year, he revealed he was planning to bulk up during the PGA’s offseason and said, “I’m going to come back next year and look like a different person.” Well, he certainly lived up to that promise, as DeChambeau returned to action as a Certified Absolute Unit after adding 40 pounds to his frame and transforming into the most formidable driver the world has seen since the guy from the Hammer X infomercials.

DeChambeau regularly documented the work he was putting in at the gym before the PGA was forced to put the season on hold and took advantage of his newfound free time by getting even more yoked than he already was in isolation, saying he managed to add 20 pounds of muscle while the world was at a virtual standstill.

When you consider he downs six protein shakes a day, the transformation isn’t too hard to believe, but the concept of getting as big as he has using nothing but a large diet and an intense exercise regimen is apparently too far-fetched for some people who couldn’t help but write the “Is Bryson DeChambeau On Steroids?” articles we all should have seen coming.

The first one I stumbled upon came courtesy of Dwight Jaynes of NBC Sports, who penned a piece titled “Bryson DeChambeau is HUGE—Why Isn’t Anyone Asking the Obvious Question?” where he then goes on to ask the obvious question in question.

Jaynes asks how it was possible for DeChambeau to pack on 20 pounds of muscle in three months after noting bodybuilders have trouble packing on 25 pounds over the span of a year, conveniently ignoring the fact DeChambeau is not a bodybuilder but rather a golfer who doesn’t need an insanely low body fat percentage.

However, that has nothing on the truly incredible revelation that he seems to think being nicknamed “The Mad Scientist” makes you an actual scientist, as he posits DeChambeau has crafted his own personal line of PEDs to avoid testing positive”

“He’s gotten stronger, he says, because of his work with strength guru Greg Roskopf and his MAT, Muscle Activation Technique. OK. But let’s get real for a moment. I’m sure that the MAT program is pretty good, but why isn’t anybody questioning this almost unbelievably rapid weight and strength gain…

The PGA says it tests for performance-enhancing drugs, but I would assume somebody known as “The Mad Scientist” might possibly have access to substances that wouldn’t show up in an average PED screen.”

Jaynes proceeds to cover his ass by pulling out a variation of “I just think it’s funny how..” by clarifying, “I have no evidence and have never met the man. I’m not accusing, I’m just asking—how is this possible?” which is just an absolute vintage sportswriter move to pull.

We’ve also got one from Malachy Clerkin of The Irish Times, which has a title that also asks who will ask the question that both he and Jaynes asked on the same day. It would appear Clerkin is not a DeChamBro based on his use of “Golf Arsehole” and “tosser” and also apparently not a fan of basic logic and reasoning based on the arguments he pulls out, like:

“Imagine an athlete doesn’t compete in public for two months, as was the case with DeChambeau between October and December of last year. Imagine that upon his return—at the President’s Cup team event in Australia—the clothes for which he’d been fitted earlier in the year are now too tight. His neck size has gone out by an inch, his chest size by two. Imagine this athlete putting on a stone and a half of muscle mass in two months and not stopping there.

Spin the tape along and imagine the pandemic hitting the following spring and giving everyone—said athlete included—three months to go away and prepare however they pleased for the resumption of their sport. Imagine that athlete then coming back with another stone and a half of muscle on him, making it somewhere in the ballpark of three stones added in nine months.”

I’d like to respond to that hypothetical with one of my own, which involves an athlete telling a reporter they’re going to use their time off to pack on some muscle and proceeds to use two months of free time they don’t have while routinely competing in public to do exactly that. Then, imagine there’s a pandemic that gives them three more months to “prepare however they please” and they use that to get even bigger.

Clerkin then follows up all of the accusations he devoted 1,000 words to with an even more insufferable disclaimer than the one Jaynes pulled out,  saying:

“It’s at this point where the libel laws insist that it is made clear that there is no suggestion that DeChambeau has done anything untoward in gaining all this bulk. His social channels have been all over his transformation from the start, posting footage of his daily gym sessions and so on.

Every second reference to him on TV broadcasts seems to mention protein shakes and a revolutionary gym routine and all that jazz. Until we hear otherwise, that must all be taken in good faith.”

There is nothing I would love more than to force these guys to make these same claims while sitting in the same room as DeChambeau while cameras roll because it could give the time Jim Rome sat down with Jim Everett a run for its money.