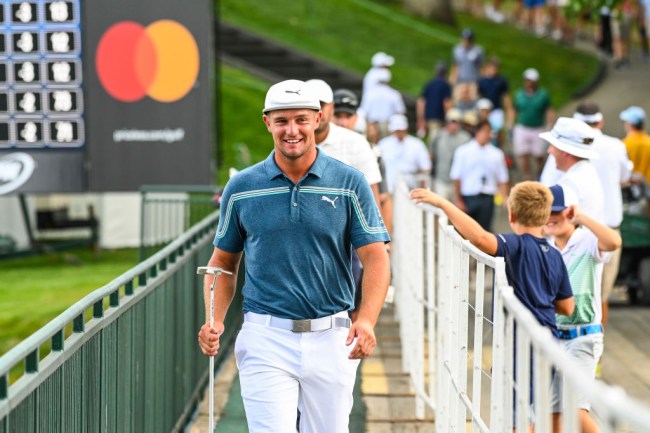 Bryson DeChambeau is an extremely unique guy. He’s a one-of-a-kind person both on and off the course as he does things his own way and with five PGA Tour wins since turning professional in 2016 it’s worked out pretty well for him.

Earlier this month the 26-year-old offered up his plans for his offseason which are centered around the gym, bulking up and ‘recruiting muscle spindles.’

“I’m going to come back next year and look like a different person. You’re going to see some pretty big changes in my body, which is going to be a good thing. Going to be hitting it a lot further.”

“Bigger. Way stronger. Just stronger in general. I am going to look probably a lot bigger, but it’s going to be a fun month and a half off.”

DeChambeau isn’t a small guy by any means at 6-foot-1, 205 lbs but he’s looking to jump up to 230 lbs and according to his latest Instagram post he’s already put on 15 pounds.

Some fellow PGA Tour pros – and even NFL players – chimed in on DeChambeau’s workout and weight gain. 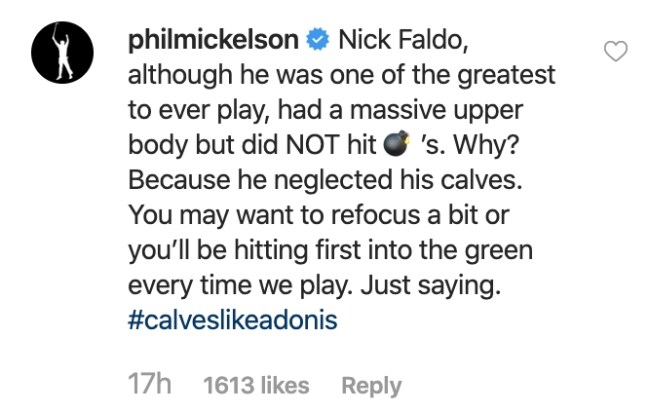 You can always count on Phil to get in some sort of comment about calves. Plus, it’s a nice little touch throwing some shade at Nick Faldo.

Here’s to the 2019-20 PGA Tour season where we’ll have an even larger version of the ‘Mad Scientist’ talking numbers and physics with the media.