Bryson DeChambeau Plans To Bulk Up This Off Season, Talks About Recruiting Muscle Spindles To Full Potential 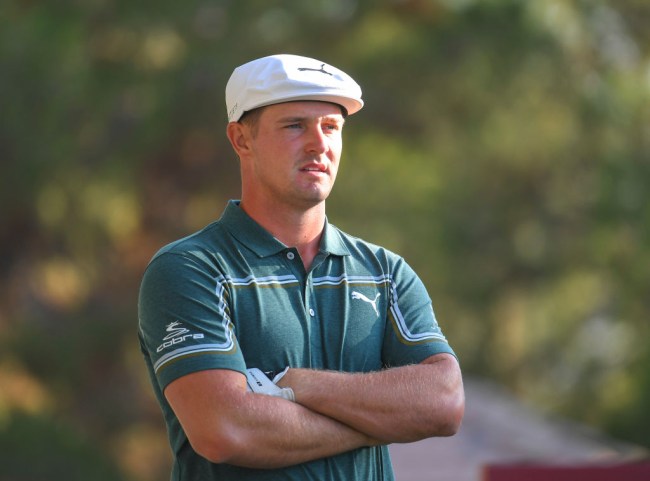 Bryson DeChambeau does everything in his own unique way, there’s a reason his nickname is the Mad Scientist and he’s taking some of that big-brain knowledge of his and putting it in the gym this offseason.

DeChambeau caught up with Ben Everill of the PGA Tour and talked all things off-season including his plans to bulk up and recruiting muscle spindles, you know, totally normal gym talk.

“I’m going to come back next year and look like a different person. You’re going to see some pretty big changes in my body, which is going to be a good thing. Going to be hitting it a lot further.”

“Bigger. Way stronger. Just stronger in general. I am going to look probably a lot bigger, but it’s going to be a fun month and a half off.”

“In layman’s terms, pretty much whatever muscle potentially you have, how big and the muscle spindles you have, you can recruit every single one of them to their full potential throughout the whole range and training the whole range of motion.”

Like I said, DeChambeau does everything in his own unique way. You’re not going to hear Brooks Koepka, Tiger Woods or Rory McIlroy start talking about recruiting muscle spindles.

It’s worth pointing out that DeChambeau isn’t a small guy. He’s six-foot-one, 205 lbs. but looks way thicker – in a strong looking – kind of way. He’s also not one of the shortest guys off the tee on Tour, he finished 55th in driving distance with an average of 313.6 yards. With that being said, if bulking up could result in an extra five yards off the tee, that’s a step worth taking obviously.

As far as the muscle spindle comments go, myself and plenty of others I assume just have to take his word on that being a real thing, which isn’t the first time that’s been the case when DeChambeau starts talking science-like; it’s like the guy is an expert on everything.

Probably the most memorable aspect of DeChambeau’s 2018-19 PGA Tour season was his slow-play controversy that still hasn’t necessarily been resolved. His lone win of the year came on the European Tour.