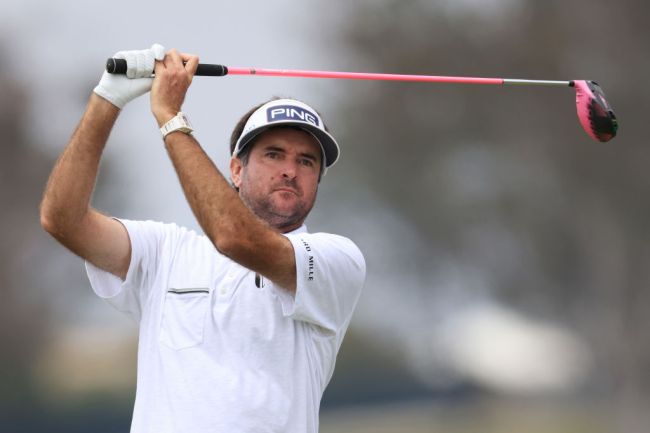 Nobody on the PGA Tour shapes shots like Bubba Watson, but during Friday’s second round of the Travelers Championship, he took shot shaping to a whole new level.

Standing on the short Par 4 6th at TPC River Highlands, Watson lined up to hit his patented banana slice cut off the tee. He managed to do so, but only after his driver head flew off the club.

The video is honestly impressive. Watson of course feels the drive head fly off the shaft of the club, so checks up his swing almost like a baseball player would, but his ball still found the fairway after carrying 265 yards.

Watson went on to birdie the hole, in fact, to move to six-under for the tournament.

Let this video be yet another example of just how crazy good Watson’s hands are. Not only can he shape a golf ball unlike anyone else, but he can also bunt a fairway finder out there with his driver head flying off into the gallery.

The two-time Masters champ earned his first PGA Tour win at the Travelers back in June of 2010.