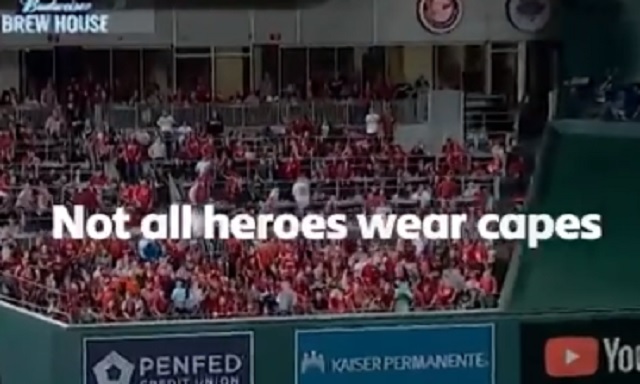 During game 5 of the World Series, one Nats fan went viral after he refused to drop his two beers while a home run ball came his way.

The man was identified as Jeff Adams and he got free tickets and airfare to game 6 of the World Series paid for by Bud Light.

JUST IN: @budlight is sending “beers over baseball” guy, Nationals fan Jeff Adams, to tomorrow night’s Game 6 in Houston. They’ve also made him a shirt. Media value to Bud Light, according to @ApexMarketing, was $7.2 million. pic.twitter.com/fvP2bz2PoH

In the middle of game 6, Bud Light released this commercial featuring Adams and it’s pretty good.

Pretty impressive turnover by Bud Light,, hopefully they paid Adams more than just World Series tickets because it seems like he’s made them a good chunk of money.