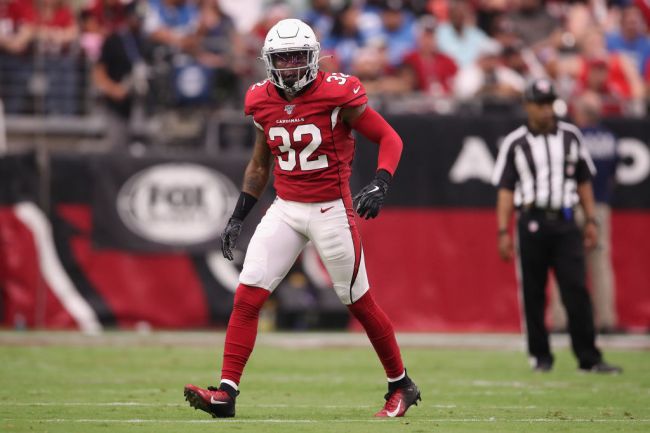 Believe it or not, there are people out there that reach out to professional athletes after they do something they don’t agree with and say horrific things. One of the downfalls of social media is that people can hide behind some anonymous name and say things behind the comfort of their phone.

Cardinals’ safety Budda Baker is the latest athlete to receive a handful of deplorably racist comments over the weekend in response to a low hit he put on San Francisco’s George Kittle on Sunday. Baker decided to expose the person that sent him the horrible messages by posting a screenshot to Twitter, writing “all you can do is pray for ppl like this.”

Im all good with opposing fans talking trash. But This right here man… All you can do is pray for ppl like this. pic.twitter.com/Hybq1RmfEd

As for the play itself, it came late in the second quarter in Arizona’s 24-20 win in San Francisco. Kittle went up to try and catch a high-pass and as he jumped, Baker met him in the air for what was an awkward play and awkward landing for Kittle.

Kittle heading to the locker room early before halftime with trainers to be looked at. Got hit hard on this play by Budda Baker pic.twitter.com/gBYht0RufR

Kittle did leave for the locker room following the hit but returned to the field in the second half. His status for the 49ers’ Week 2 matchup against the Jets is still up in the air.

Baker, a former second-round pick out of Washington, recently inked a 4-year, $59 million contract extension with the Cardinals.