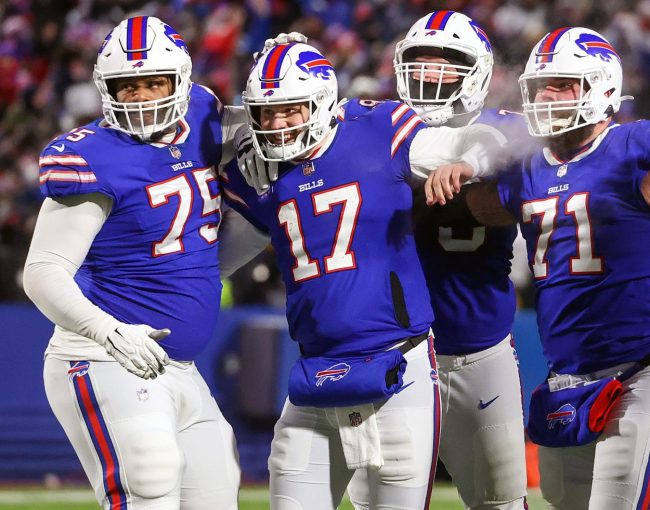 Buffalo put an absolute beatdown on New England during Saturday’s AFC Wild Card game. In the process, they did something that has never been done in the history of the National Football League.

The Bills put played a virtually perfect game and the box score was impressive.

Quarterback Josh Allen threw for 308 yards and five touchdowns with only four incompletions and without a touchdown, and added 66 rushing yards on six carries. Running back Devin Singletary added 81 yards and two touchdowns on 16 carries.

Buffalo put up 482 total yards, scored 47 points, had 29 first downs, converted six of seven third down attempts and won the time of possession battle by three minutes. The Bills had three penalties, but that was literally the only thing that they did wrong.

When you look at the numbers, there are a few things that stand out:

In the process of the impressive performance, the Bills made history. Prior to Saturday, no team in NFL history had ever gone an entire game without kicking a field goal, punting, or turning the ball over.

Buffalo did not kick a field goal, punt or turn the ball over. It was historic.

Had the Bills not taken a knee on the final play of the game (a 3rd-and-11), or committed the three penalties (of which two came in the first half) it would have been a perfect performance. Insane.