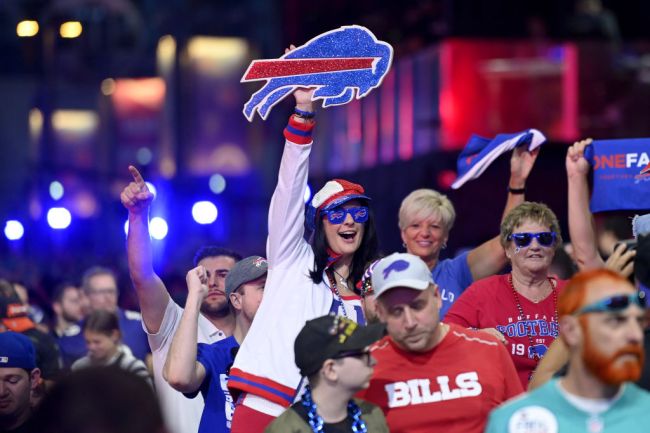 This NFL offseason has been filled with blockbuster trade after blockbuster trade. Early on we saw Russell Wilson and Deshaun Watson traded. Davante Adams started a domino effect of wide receivers getting traded so they could get paid.

That led to Tyreek Hill being traded shortly after and Hollywood Brown and AJ Brown both being traded during the NFL Draft. As if all of that wasn’t enough offseason action in the NFL, it turns out the Buffalo Bills tried to spice things up even more.

Earlier today, NFL insider Adam Caplan revealed that the Bills reached out to the Carolina Panthers to try and make a deal for Christian McCaffrey.

Adam @caplannfl just mentioned that the Bills reached out to Carolina about Christian McCaffrey… and were told he was not available. https://t.co/z7HnCO4QYM

McCaffrey has unfortunately only appeared in 10 games over the past 2 seasons, but before his recent injury issue he was viewed as the top running back in football. During his last healthy season, he posted 2392 yards from scrimmage and 19 total touchdowns on his was to finishing third in the Offensive Player of the Year voting.

McCaffrey would have been a huge addition for the Bills as the only thing really missing from their offense is a dependable running back. Last season, they used a platoon of Zack Moss and Devin Singletary that wasn’t particularly intimidating to opposing defenses. Replacing them with McCaffrey would have made one of the league’s best offenses even more dangerous.

With the Panthers telling them CMC was unavailable, the Bills instead turned to the draft to find their new running back, drafting James Cook in the second round. If he’s anything like his brother, he could be exactly the answer the Bills were looking for at running back.