GERMANY’S BUNDESLIGA TO REPORTEDLY RETURN ON MAY 15 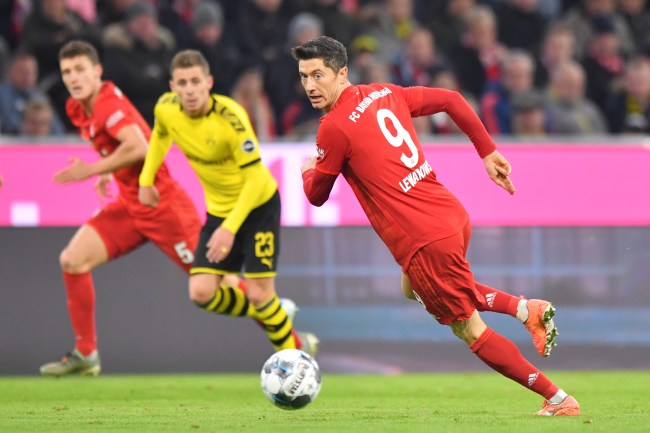 Fellas, I’m trying to overreact. I recently copped this designer brand Sativa, and when mixed with my roommate’s new majestic espresso machine, you get a pure, uncut hippie speedball. But still, I am trying to remain calm, because we need to break down this news with a (somewhat) rational head.

According to reports, the German Bundesliga — the top soccer division in the nation that features internationally known teams like Bayern Munich and Borussia Dortmund — is set to announce that they’re going to resume their season on Friday, May 15. This news comes two weeks after we previously reported that the league was eyeing a May 9 return date.

While Sky Sports News has reported that the official announcement will be made tomorrow — Wednesday, May 6 — the more bold and generally less reliable Daily Mail Sport felt confident enough in their reporting to state that the return date will be May 15.

As a soccer fan, this is obviously huge news for me, as it gives me sport to watch that I can legitimately enjoy (sure, you can pretend to be interested in Slovenian Ping Pong because you gambled on it, but it’s just not the same). But even if you don’t give a damn about soccer, particularly of the Germany variety, this decision still impacts you and the American teams you root for.

First, by my recollection, the Bundesliga would mark the first major “Western” sports league to resume. Sure, baseball in South Korea has picked back up, but that’s on the other side of the planet where they’re on a completely different timeline. The further west the resumption of industry moves, our chances of getting American sports back improve.

There’s also the blueprint factor: if the German’s — one of the world’s most forward-thinking nations — can safely pull it off, then that provides a plan for leagues such as the NBA, MLB, NHL, and the Premier League to follow.

The Bundesliga has yet to make an official statement, though, so I’ll be keeping my fingers crossed until they do.