The Germans Did It: Bundesliga Successfully Resumes Play Without Any Major Issues 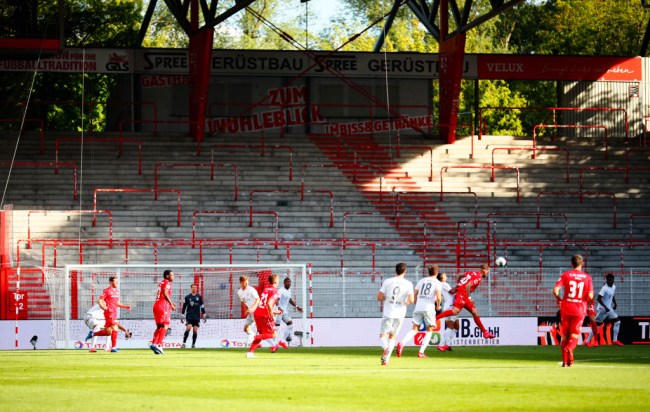 They say no news is good news, and that seems to be the case when it comes to the resumption of the Bundesliga over in Germany.

While various sports league across the globe — like the Belarusian Premier League or the Korean Baseball Organization — have restarted operations in recent weeks, the Bundesliga represents the first major sports league with global interest to return to play in the midst of our current global situation. And so far, so… quiet.

As of Monday morning, there are no reports of any outbreaks or emergency services needed. Nobody was severely injured and the gameplay — while not pristine — was certainly entertaining; goals were scored and play was quick. Give the players — who’ve been off for 66 days, which is a layoff that elite talent rarely ever experience — a couple of weeks to shake of the rust and the quality of play should follow suit.

But perhaps most importantly, the return of the Bundesliga brought back a sense of normalcy and a sense of hope: we can move forward.

The global reaction to the Bundesliga’s return was generally positive, with A Bola’s “obrigado, Bundesliga” from Portugal typical of the continent-wide relief that the raising of the curtain had passed relatively setback-free, though Spain’s El Mundo Deportivo commented that it “would have been good if a minute’s silence had been observed for the victims of Coronavirus”. The aspect not just of being entertained – and the general standard of play was way better than might have been expected after 66 days of unscheduled stoppage – but of viewing possible best practice is clear.

Eintracht Frankfurt’s sporting director Fredi Bobic, who called the restart “a historic day for the Bundesliga”, also told Sky that the league could be a litmus test for all sports. “We also received a tremendous number of calls from American clubs for information,” said the former Bolton striker. “Not only from football clubs but also baseball, basketball and ice hockey. They all want to know how we’re doing it and how we organized it. “ [via The Guardian]

The games were a ratings hit on our side of the pond as well, as reports indicate that Borussia Dortmund vs FC Schalke — the first and biggest game of the weekend — saw 725% increase over the last Bundesliga match that was aired prior to our current global situation.

The return of the Bundesliga on FS1 earned a .33 overnight rating for Dortmund’s emphatic win over Schalke.

That’s a +725% gain over the last FS1 Bundesliga match prior to the shutdown.

While it’s certainly a step forward,  the Bundesliga (and sports leagues in general) is far from out of the woods: let’s see if we can get through another week of games and create a pattern of positivity. Pulling it off once without any hitches can be an anomaly, but if they can do it again, it begins to become proof.