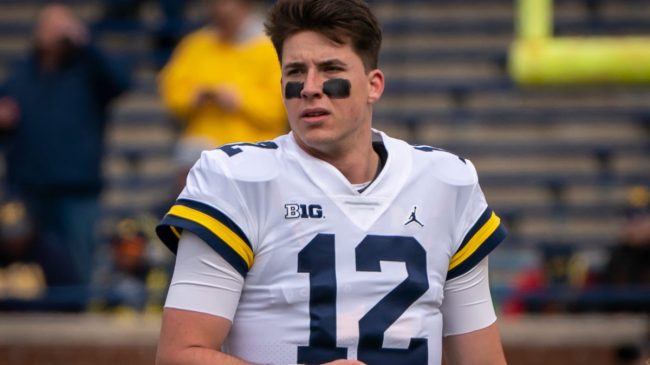 The Michigan football program is making waves in the NIL world after quarterback Cade McNamara announced that he’s signing a deal with PING.

The brand is one of the biggest in the golf world. McNamara is seen rocking some of their stylish apparel in his social media post revealing the partnership.

It’s one of a number of incredible NIL deals we’ve seen this offseason. Texas running back Bijan Robinson is partnering with an Austin based Lamborghini dealership. Ohio State passer CJ Stroud landed a deal with a Columbus car dealer and now gets to whip a $150K SUV around campus.

Now, Stroud’s rival to the north is getting his time in the spotlight.

Fans in the college football world are reacting to McNamara’s awesome deal with PING on social media. Take a look.

That’s one of the bigger brands I’ve seen for a #Michigan athlete. #Goblue https://t.co/T7gnVt3W85

It’s not the first major deal McNamara has landed. He’s also partnered with Tom Brady’s clothing brand. Brady, as many know, is a Michigan grad and the biggest name in the NFL.

McNamara is hoping to keep his role as starting quarterback in Ann Arbor after helping lead the Wolverines to the College Football Playoff in 2021. The passer threw for over 2,500 yards last year while adding 15 touchdowns. He’ll hope to repeat that production in 2022 and lead Michigan through the Big Ten.