Cal Ripken Jr. Reveals He Was Diagnosed With Cancer In February, Has Already Kicked Its Ass 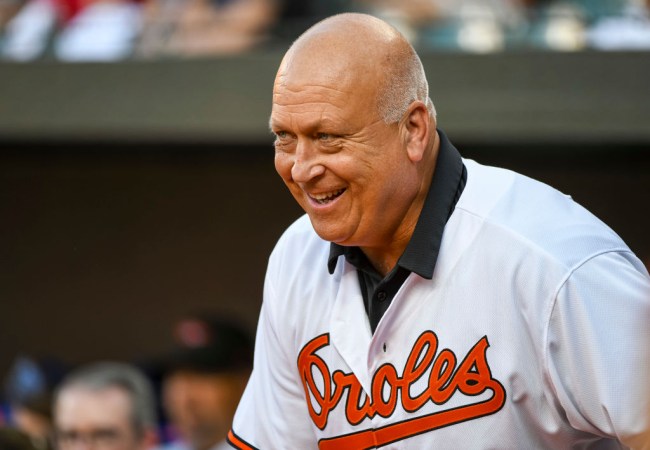 Orioles legend Cal Ripken Jr. revealed some rather large news during a Zoom call with reporters on Thursday morning sharing that he had been diagnosed with prostate cancer in February of this year.

Thankfully, the 59-year-old said he’s already kicked cancer’s ass and is doing just fine now just about six months after his diagnosis. He underwent successful surgery and did not have to endure any radiation or chemotherapy.

Hall of Famer Cal Ripken Jr. says on Zoom call he was diagnosed with prostate cancer in February. Underwent surgery at Hopkins and is fully recovered. Didn't need radiation or chemotherapy. Grateful for the early detection. Going public now to encourage others to get checkups.

“During that time frame, you do a lot of thinking inside, reflecting inside. What is the meaning? It changes your view immediately of what’s happening around you. I internalize it. … I internalize my feelings, and wasn’t sure what to do with it,” Ripken told The Baltimore Sun.

Ripken explained that he decided to announce the news to encourage people to get checked out and get their annual checkups.

Ripken retired after the 2001 season and was inducted in the Baseball Hall of Fame in 2007 as a 19-time All-Star. He holds the record for consecutive games played with 2,632.