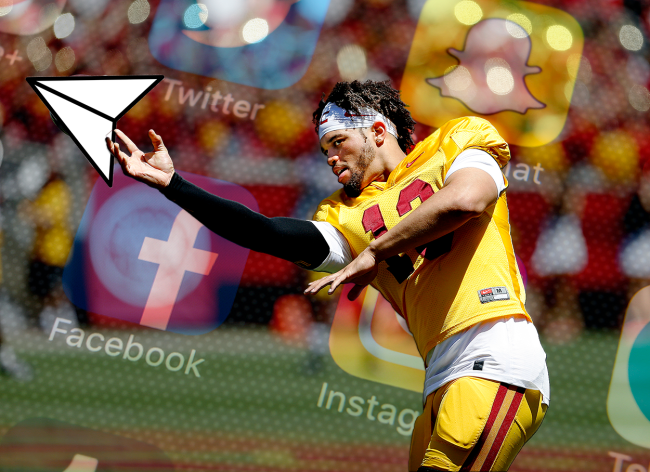 As the starting quarterback of USC football, Caleb Williams likely does not have any issues getting the attention of women who swoon at his every move. However, when he wants to get the attention of a woman he has eyes on, the 19-year-old signal-caller has a meme with a 100% success rate.

Or so he says.

Toward the end of April, Williams hopped into the truck bed and joined Hasan for a very in-depth episode. During the appearance, Williams spoke about his time at Oklahoma, what it was like sitting behind Spencer Rattler, his transition to Los Angeles and NIL.

He also talked about his technique for sliding into the DMs of women for which he wants to woo. He starts every conversation with this meme: 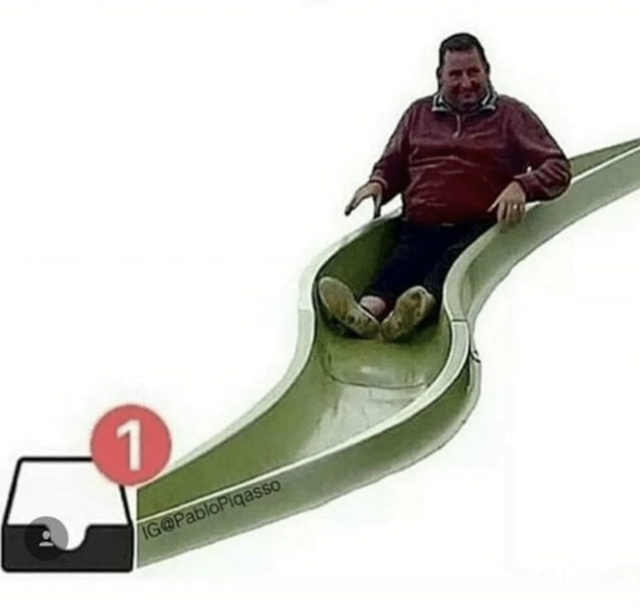 To take things up a notch, Williams would photo shop his face over the face of the man on the slide. He literally slides into their DMs and says that it has never failed.

Although Williams doesn’t need it as often anymore, it was his go-to move in high school. Now he is sharing the knowledge for all of the other hopeless romantics out there seeking love through social media.

Give it a shot. And if it doesn’t work, maybe try becoming a top high school quarterback recruit and then try again.