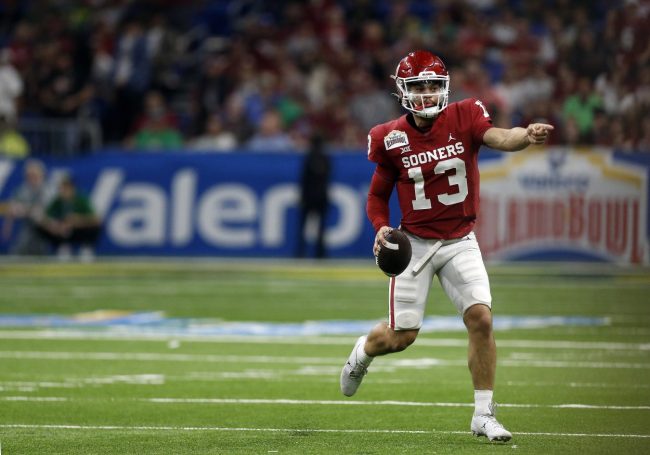 It has been 19 days since Oklahoma’s true freshman quarterback Caleb Williams entered the transfer portal and he has yet to commit to his new school. However, if a recent development is any indication, a decision may be coming soon.

On Saturday afternoon, Williams’ father was seen helping his son move. His Range Rover and crates that presumably held his belongings were loaded onto a trailer outside of his apartment and headed out of town.

Although it is a bit shocking that he had not done so already, the most coveted player in the transfer portal has officially left Norman. The question now is where to next?

Williams, who was a five-star recruit out of high school, committed to play for Lincoln Riley and the Sooners. When Riley left for USC, there was an expectation that Williams would not stay at Oklahoma and was likely to head west to play for his former head coach.

That remains the understanding.

As of last week, it was a done deal that Williams was committing to the Trojans. However, LSU recently entered the conversation and muddied the waters just a little bit.

While there is certainly some financial aspect to the decision, Williams and his family continue to stress the importance of development. They care most about getting him ready for the NFL, rather than NIL money.

If that is truly the case, then playing for Brian Kelly does not make sense. Riley, on the other hand, has produced two Heisman Trophy winners in recent history with both of them now in the NFL.

Regardless of where he ends up, it appears as though an announcement is coming soon.