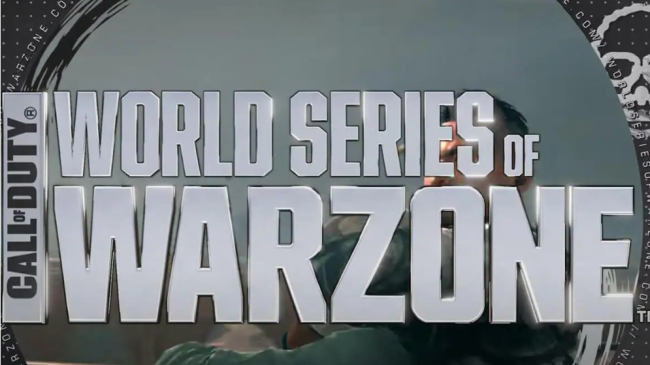 Call of Duty: Warzone is extremely popular considering it’s been downloaded by 100 million people and the game is now getting an official tournament with some big-time prize money.

On Wednesday, Activision Blizzard announced their new semi-invitational World Series of Warzone tournament that will see the biggest names in competivie COD, stream stars, and high-ranking community members compete for $300,000 in each of their four events spread out across the globe.

The first qualifier will place on Monday, May 24. and North American players age 18 and over can sign up for the chance to play in first WSOW event here .

The first tournament will then be played on June 23rd with players based in North America for the World Series of Warzone: Trios NA and will have a $200k prize pool. All 50 trio squads will compete in a custom lobby for six matches, accumulating points based on kills and overall placement of their squads performance which will determine their share of $200,000.

Here’s how the scoring will take place for the Trios tournaments.

The WSOW trios NA event will also introduce the Captain’s Cup which will be played with a $100k prize pool. The Captain’s cup tournament will feature five captains from the biggest names in Call of Duty esports drafting teams of trio squads.

Five captains will be selected based on their existing ties to the Call of Duty franchise to compete in the Captain’s Cup. Captains will be tasked with drafting a team of trio squads that have been formed prior to the draft. In turn, each captain will have pre-selected two players to form their trio squad. Then, each of the five captains will engage in a 9-round live draft via snake draft that is complete when there are five teams of 10 trios (or 30 total players per team). Each captain’s team will be scored based on the aggregate point total of its 10 trio squads. The performance of each of the five teams will determine their share of the Captain’s Cup prize pool, which features $20,000 to the winning captain and $1,000 for each member of the winning captain’s team.

The Call of Duty World Series of Warzone: Trios NA will take place on June 22 and 23 with the three remaining WSOW events announced on a later date.