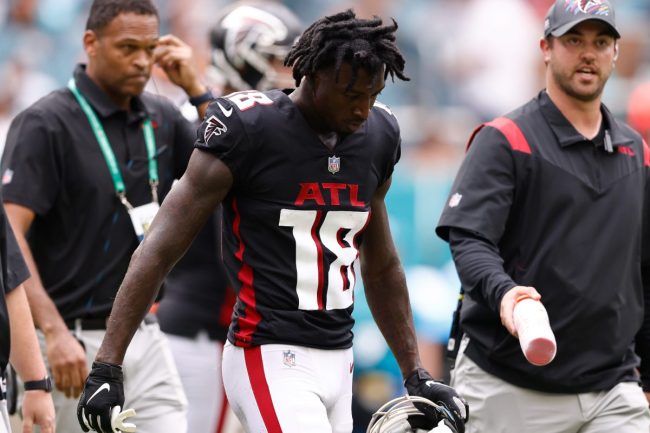 Ridley, meanwhile, has been banned for the entirety of the 2022 season for placing bets on the Falcons last season. Those wagers were made while the wideout was away from the team dealing with mental health issues. He reportedly had no inside information on injury reports or roster changes and had not been in contact with the coaching staff.

Despite his not being an active member of the team at the time, the NFL docked him a 17-game punishment. While the ruling on gambling mirrors the precedent that’s been set in the past, many don’t believe the punishment fits the crime, especially when compared to Watson’s recent ruling.

Ridley chimed in on the Watson punishment, posting the following tweet.

From the sound of it, Ridley, too, believes that his suspension should be shortened.

Again, when comparing the two situations, it’s hard to disagree. Watson, whose actions towards women were deemed “predatory” by a judge in the NFL hearing, will be allowed to suit up for his new team after agreeing to a $230 million contract.

Ridley, meanwhile, will sit on the sidelines even though his miscues came while he was away from the NFL.

Some of his Atlanta Falcons teammates have come out to speak out on Ridley’s suspension, most notably Cordarrelle Patterson. Unfortunately, it’s unlikely that the ruling will be overturned as the NFL continues to rule with an iron fist when it comes to gambling from its players and coaches.