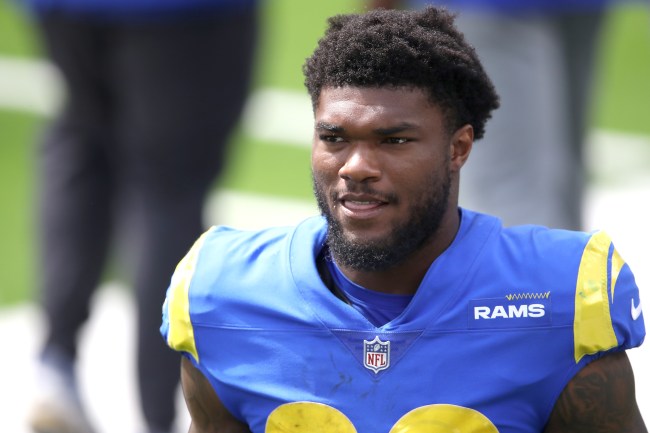 Can someone tell Los Angeles Rams running back Cam Akers that at age 21, he does not need / want a wife? Age 21-25 should be mandated by law to play the field, find yourself, shake out the strange, and enjoy the buffet. If the nation passed this law, the divorce rate would drop 20% and this guy wouldn’t be left with recording Tik Tok videos in his garage.

Look what happened to this guy getting divorced, oh no man 😔 pic.twitter.com/bJTem4TvLZ

In any event, Cam Akers’ first impulse in the wake of signing a four-year, $6.1 million deal with the Los Angeles Rams is to find someone to share it with, using a tactic that is bound to attract the wolves.

In less than 12 hours since the tweet went live, dozens of women publicly threw their Stiletto’s in the ring to become the partner of a man they’ve never met. Here are just a few.

Lmk when you want a wife

I want a husband man .

Cam then added more cheese to the thirst trap with a caption-less selfie that elicited similar responses.

Hmmmm
Can I b ur gf, if you don't mind

If only coach had put me in and I was 200% more athletic, I would have similar luck with the Twitter thots. Maybe next life.