Cam Newton Receives Backlash After Complaining About Women Who ‘Can’t Cook’, ‘Don’t Know When To Be Quiet’ 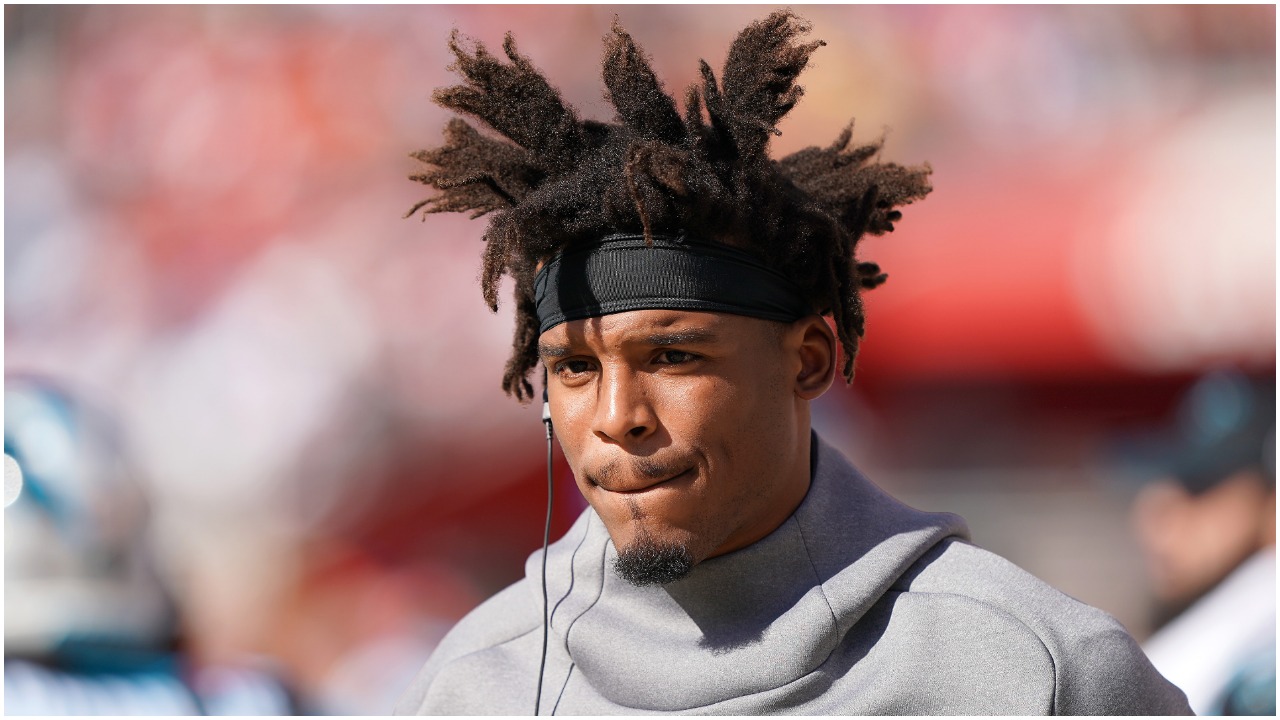 Cam Newton is once again under fire over controversial comments about women.

Back in 2017, Newton found himself in hot water when he told reporter Jordan Rodrigue that it was “funny to hear a female talk about routes” during a press conference.

Here's the video of Cam Newton saying "it's funny to hear a female talk about routes" pic.twitter.com/hd9Kg4CCeu

Newton is now trending due to backlash for his recent comments about women during an appearance on the Million Dollaz Worth of Game podcast.

NFL quarterback Cam Newton complained about women who "can't cook" and "don’t know when to be quiet."

"Now a women for me is, handling your own but knowing how to cater to a man’s needs." https://t.co/Dzw3QMtpwI pic.twitter.com/WdYsetopRJ

“I had a perfect, a perfect example of what a man was in my life by my father. My parents have been together for 36, 37 years now and it’s a beautiful thing,” Newton said.

“I grew up in a three parent household. My mom, my father, and my grandmother. And I knew what a woman was. Not a bad bitch.

“Now a women for me is, handling your own but knowing how to cater to a man’s needs. Right? And I think a lot of times when you get that ascetic of ‘I’m a boss bitch, Imma this, Imma that.’ No baby! But you can’t cook. You don’t know when to be quiet! You don’t know how to allow a man to lead”

Cam Newton’s father taught him so many dumb archaic ideologies about women and that’s on him. The fact Cam didn’t bother to unlearn that nonsense as a man is on Cam.

There was a belief that Cam had learned something from his previous ignorant comments about women and football. As it turns out Cam Newton is more ignorant than ever https://t.co/oHl1QQ6qDy

I guess he needs a woman who cooks since he can't feed a receiver. https://t.co/8bDEFrqoCW

Ooops… then again, not for Cam. True colors always reveal themselves, time and again. I prefer to keep negativity off my feed, but this is DISGUSTING. No need “to be quiet” here… https://t.co/JVSLHnnReC

"but you can't cook. You don't know when to be quiet." https://t.co/aJe9dBnjrL