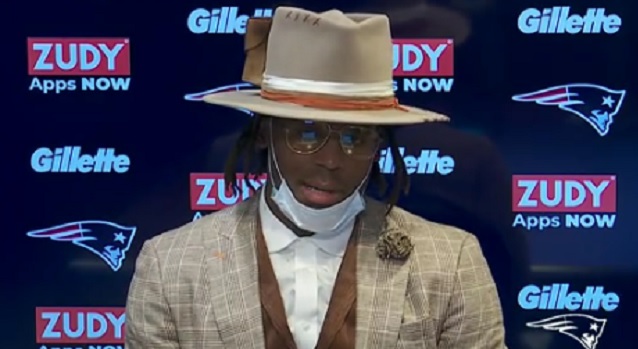 In 2005, then-commissioner David Stern instituted a new dress code for NBA players dictating what they could and could not wear to and from the arena on game day in a thinly-veiled (and sort of, kind of racist attempt) to rehabilitate the league’s image by barring players from donning the durags, oversized t-shirts and bling, and even the Timberland boots whose popularity could be traced back to the hip-hop scene at the time.

While he may have been criticized by some high-profile players—including Allen Iverson and Paul Pierce—a number of fashion experts have argued Stern’s mandate helped usher in a new era where players embraced high fashion and apparel from luxury designers and started experimenting with some fairly envelope-pushing ensembles—like when LeBron James rolled up to an NBA FInals game rocking a suit with a pair of shorts.

Of course, the NBA isn’t the only sports league with a dress code in place, and while the NFL has some particularly absurd rules players are expected to adhere to while in uniform, it has a comparativlely lax approach to what they can wear before and after games and no one has taken advantage over the past few years more than Cam Newton.

More often than not, you can expect Newton’s outfit to take social media by storm whenever he rolls up to the stadium or appears at a press conference, usually sparking countless memes comparing his duds to those worn by fictional characters.

We got @CameronNewton out here tryin’ to look like Abu from Aladdin. Maybe Genie can grant his wish not to look like a fool. pic.twitter.com/XO5KbuDeX3

Cam Newton out here looking like the mountain climber dude from The Price Is Right… pic.twitter.com/Izo548NxpP

On Monday, the Patriots quarterback joined WEEI and addressed his satorial choices and explained the surprisingly wholesome reason why they’re so out of the box, saying it’s not only a way to allow him to express his personality but to also subtly encourage other people to embrace their uniquenes.

Cam (via @TheGregHillShow): "I want to promote being yourself, being uniquely you. And I think if we have more people thinking like that, this world would be in a better place, rather than trying to be like somebody else for all the wrong reasons."

Is this going to stop people from routinely ragging on Newton every time he showcases an unconventional look? Absolutely not, but at least we finally have an explanation.