Cam Newton Tried To Pay Man $1,500 To Switch Seats On A 10 Hour International Flight, Gets Turned Down And Is Forced To Fly In Coach 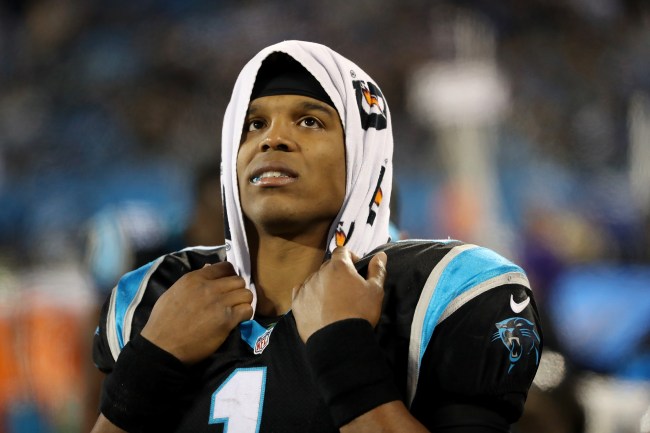 Cam Newton, one of the biggest sports athletes in the United States, had to sit with the normal folk on his way back from France this weekend.

A man named Eli Edwards shared video on Twitter Friday that showed the Carolina Panthers QB trying to pay someone $1,500 to swap seats with him on a plane flight and was turned down. Newton appeared to be sitting coach on the flight and tried to pay for extra legroom before having to go back to his seat.

So this happened… @CameronNewton offered a man $1500 cash for extra leg room on a 10hr flight and the man said “No??” #GiveFranceTheNFL pic.twitter.com/xQohV9Ngef

Some people were dumbfounded that the man didn’t take the money from Cam.

Me and my $1500 walkin to the back pic.twitter.com/GRNDg3fnZg

Me getting out of the seat and receiving that $1500 pic.twitter.com/IH8s3KZWfk

It’s all yours sir. Take it! pic.twitter.com/oucAyIIfkP

Others said they would have rejected Cam’s offer too.

Call me crazy, but 10hr no leg room, only $1500 I would have declined too 🤷🏾‍♂️. Maybe spilt the flight time with him for a cool helmet signed

When Cam realized he's going to be stuck sitting in coach with the rest of the Muggles. Hate to see it. pic.twitter.com/5aFKCupzf1

Money can’t buy you everything. Other people have it too.

The man was most likely wealthy himself where he didn’t need or want that $1,500. Lol