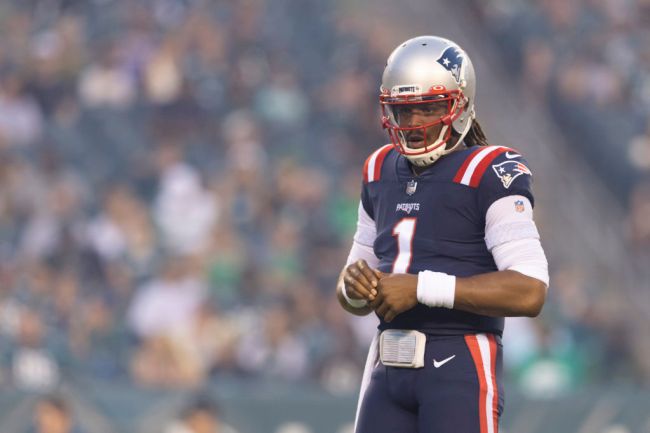 It seems like Cam Newton’s decision to not get vaccinated apparently played a part in the Patriots cutting ties with him.

On Tuesday morning it was reported that the Patriots had released Newton and will start rookie Mac Jones at QB.

The news comes a week after Newton was forced to sit out 5 games due to a “misunderstanding” about tests conducted away from NFL facilities for unvaccinated players.

#Patriots QB Cam Newton isn’t at practice because of what the team called a “misunderstanding” about tests conducted away from the facility. Only unvaccinated players are subject to daily testing, and this indicates he fell out of the testing cadence. Statement: pic.twitter.com/UDjBUF9Gyq

According to various reports, the Patriots were annoyed about Cam’s unvaccinated situation and it played into their decision to cut him.

There wasn't just one reason that Cam Newton is gone. It was a combination of at least three, I'm told: Mac Jones' emergence, Newton's vaccination stance (which caused a bit of a stir behind the scenes) and Cam's uninspiring performance this summer.

A couple of factors in play with releasing Cam Newton rather than keeping him on as the Patriots' backup: His command of the locker room, and his vaccination status. Neither make him an ideal choice as a backup behind a rookie QB.

Maybe Cam Newton will land somewhere that is comfortable with his current vaccination status.