Is Cam Newton Done With Panthers? Team Owner’s Latest Comments Sure Makes It Sound Like It 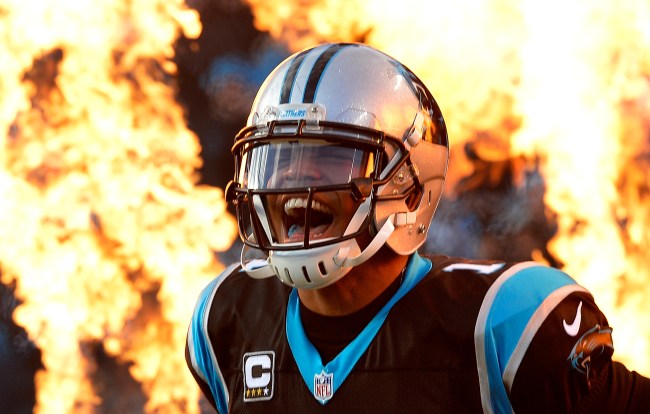 Is Cam Newton done with the Panthers? Ever since the former No. 1 overall pick got injured and missed the remaining 14 games of the 2019 regular season, this has been the most important question on the minds of Carolina fans. After all, the quarterback is the most recognizable and successful player in team history, winning a league MVP and guiding his franchise to a Super Bowl appearance just four years ago.

Unfortunately, the battering ram style that Cam Newton plays with hasn’t helped him in the health department, as he’s missed 16 games combined over the past couple of seasons, which has led to many wondering what’s left in the tank for the 30-year-old quarterback. In fact, given Cam’s fall from grace and lingering injury issues, many are wondering if his time with the only organization he’s ever known is about to come to an end.

While there are plenty of rumors floating around regarding a bunch of iconic quarterbacks as we head into the NFL offseason — including Tom Brady, Philip Rivers and Drew Brees, among others — Newton’s name is also on that list, with reports possibly linking him to the Chargers, and, if nothing else, that the Panthers are fielding trade offers. It’s a wild situation for signal-callers at the moment.

While Cam Newton recently professed during Super Bowl week that he fully intends on being back with the Panthers and starting again during the 2020 NFL season, the team’s owner, David Tepper, sure seemed to extinguish those plans pretty fast with his recent comments. While addressing the issue, take a look at what Tepper had to say, via ESPN.

“Listen, I’m not a doctor,” Tepper said. “And I’ve said it a million times: ‘Is he healthy?’ He’s not a doctor. There’s a lot of different things that can happen. But first is, is he healthy? Tell me that, and then we can talk.”

Not exactly a ringing endorsement, right?

So is Cam Newton done with the Panthers? Given his injury history over the past few seasons, the way he plays and those latest comments from Tepper, it sure seems as if the team doesn’t plan on having him back. If that’s truly the case, watch out, because the quarterback market just got even more absurd, with future Hall of Famers on the move — so who’s ready for the madness?