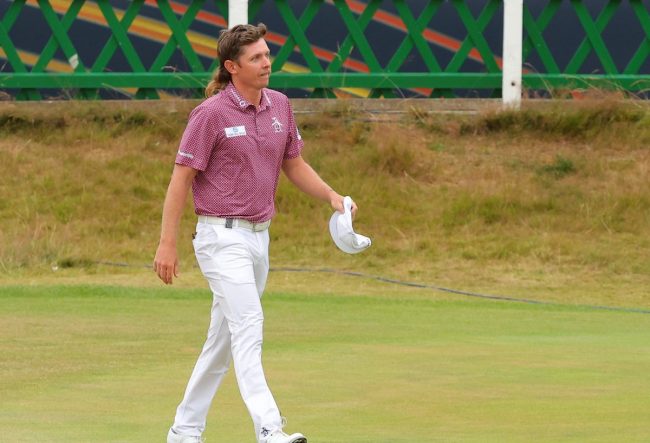 A notable PGA Tour Pro has added to the speculation that No. 2 ranked golfer Cam Smtih will soon defect to LIV Golf. The news breaks just ahead of the FedEx Playoffs.

Cam Percy, a PGA veteran, made an appearance on RSN Radio this week to talk about the future of the sport. The tour has been at odds with its newly formed rival, losing a number of high-profile golfers to the Saudi-backed LIV.

Now, they could lose their biggest name yet, at least in terms of the world rankings.

Smith is fresh off of a British Open victory at St. Andrews, pulling off an improbable comeback on the tournament’s final day. He celebrated appropriately, seeing how many alcoholic beverages could fit in the Claret Jug.

Not too long after the big win, though, Cam Smith was asked about rumors of his leaving the Tour for LIV Golf. He deflected the questions, instead wanting to focus on the Open victory.

His non-committal answers only fueled the belief that he’d soon be on his way out of the PGA. Those beliefs are growing further with this latest report.

Percy said the following when asked about the possibility of Cam Smith heading to LIV Golf on RSN Radio.

He also mentioned Marc Leishman, who’s ranked 56th in the world rankings, as defecting, too.

The news may not come as a shock due to the earlier rumors that surrounded Smith, but it would provide another major blow to the PGA. Smith’s decision may come as early as the end of the month with the FedEx Playoffs set to wrap up at the end of August.