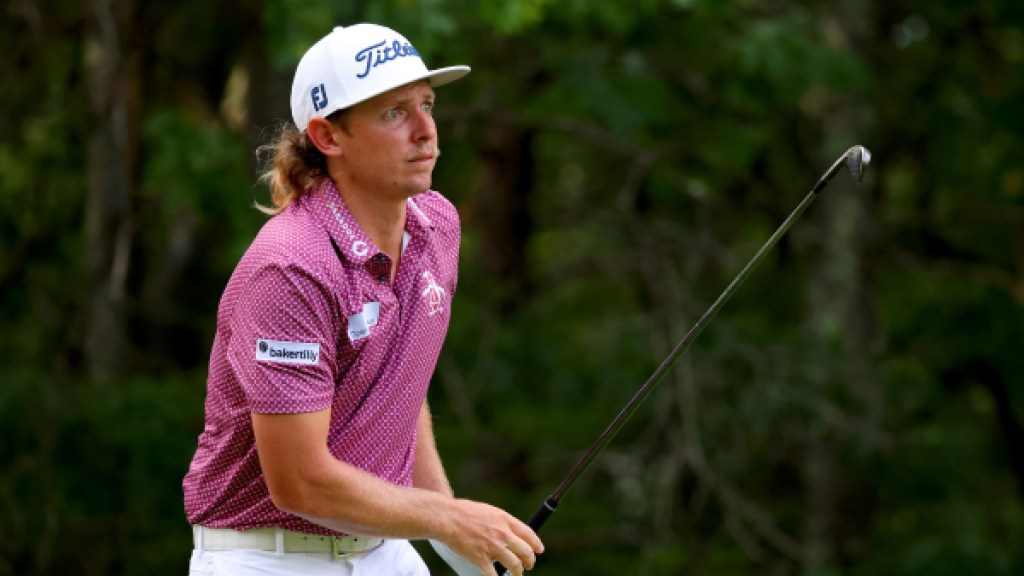 Australia’s Cam Smith recently made the jump from the PGA Tour to LIV Golf. There were rumors floating around for weeks that Cam was going to join LIV but it was hard for many to believe the #2 ranked golfer in the world would make the switch.

After the PGA TOUR Championship at East Lake, Cam Smith made it official. Then he finished t-4th in his first LIV Golf Invitational tournament which paid out $1,012,750 on top of the MASSIVE contract he reportedly signed. This all came after Cam Smith had a historic season on the PGA Tour winning The Players Championship and the Open Championship.

Winning the tour’s most prestigious events comes with a lot of perks and exemptions. But those perks and exemptions are apparently contingent upon an intact PGA Tour membership, at least in the case of Cam Smith who was recently stripped of a major vanity.

The golfer who wins The Players Championships receives 18% of the PGA Tour’s largest purse, the most World Golf Ranking points awarded outside of a Major Championship, a 5-year PGA Tour exemption, and 3-year invitations to The Masters, Open Championship, and PGA Championship.

On top of all that, they get a nameplate with the single best parking spot at TPC Sawgrass, the course where The Players is held. Cam Smith just got stripped of that according to a USA Today report. Adam Schupak tweeted this photo a few days ago of Cam’s reserved parking spot:

As one of my FB friends noted, how soon until this sign is removed @TPCSawgrass? I think I will park there Thursday and check. pic.twitter.com/fOoyRInW17

According to the USA Today report, Cam Smith’s reserved parking sign has now been replaced with one that reads ‘RESERVED – TOUR PLAYERS ONLY’. And they didn’t stop there, they also removed a replica golf bag with the clubs he used in the final round from the pro shop and the winners photos of him were taken down inside the clubhouse.

They couldn’t make it any more obvious that this was about Cameron joining the LIV Golf Tour and burning ties with the PGA Tour.

The golf world noticed he got stripped of his parking spot…

Here’s what folks in the Golf world are saying about Cameron Smith losing his winner’s parking spot at the PGA Tour’s flagship event:

They didn’t stop at just the parking spot…

Removing the parking spot I get. Removing the photos seems petty and beneath the tour. But that’s just me. He won the tournament and he was a member of the PGA Tour at the time. This isn’t an OJ and the Heisman moment.

Seems pretty straightforward when you break it down like this:

Man changes companies. Former company no longer provides perks. This would only be surprising if Cam still had all his TPC privileges

This would seem more controversial to me if The Players Championship wasn’t the PGA Tour’s flagship event. It’s their baby. Of course they’d want to remove a former employee from being plastered all over the property.

His membership there was a benefit of being a PGA tour member. I don't see the issue with removing his name and just making it a reserved spot for a member.

Cam Smith recently referred to his current situation as ‘unfair’. This came after he left the PGA Tour for the LIV Golf Tour. Here’s more on that story:

Other perks for winning The Players Championship

In addition to all of the things mentioned above, whoever wins The Players Championship receives a bevy of perks. Those perks include a Champions Locker amongst the other champions lockers in the locker room. They receive the trophy, a 5-year PGA Tour exemption, and Ryder Cup points.

Cam Smith will definitely be taking advantage of the exemptions into the Majors for the next several years and he’ll desperately need those World Gold Ranking points accrued as his OWGR slowly begins to slip over the coming months.