Are The Glorious Jean Jackets Canada Will Rock At The 2021 Olympics The Best Uniform The Games Have Ever Seen? 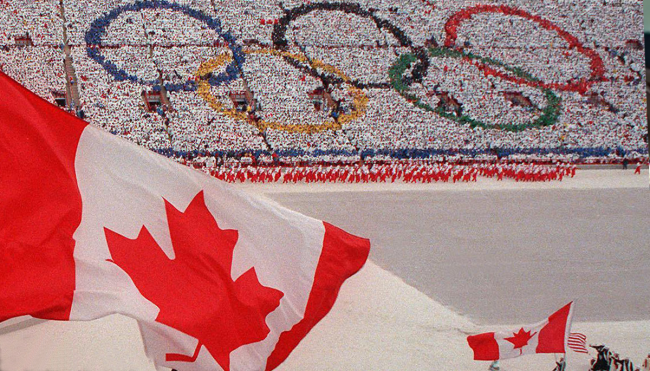 It’s been over a year since the Olympic Games scheduled to kick off in Tokyo last summer became one of the many sporting events to fall victim to cancel culture when Japanese officials announced we’d have to wait a year for the arrival of the international spectacle.

As things currently stand, the Summer Olympics are scheduled to kick off on July 23rd. Is there a chance its organizers may reevaluate whether or not it’s really a good idea to have thousands of athletes from almost 200 countries around the world converge on a central location given its current state? Yes, but for now, they’re attempting to power through with the help of health and safety measures that are sure to bum out anyone looking forward to engaging in certain extracurricular activities with other competitors in the Village.

I was equally bummed when the Olympics were pushed last year based on how much I was looking forward to spending a few weeks being irrationally nationalistic and getting way too emotionally invested in sports whose rules I don’t entirely understand.

I can’t say I had the same levels of anticipation for the ceremonies that bookend the Games at this time last year. However, that changed in a big way earlier this week after Canada revealed what its athletes will be rocking when they officially end, as they’ll be paying tribute to the all-denim outfits Justin Timberlake in Britney Spears rocked on the red carpet at the 2001 AMAs with the signature “tuxedo” their country lends its name to.

Canada I love you. Shine on you crazy diamonds https://t.co/f2xo2N4972 pic.twitter.com/3EtMG5GPSK

The world will have to wait until August 8th to truly bask in the glory of this Instantly Iconic Fit the team’s official website refers to as ” the forever cool jean jacket” that draws inspiration from the Tokyo fashion scene with the help of “the graffiti graphic and unexpected patch placements [that] capture a youthful and celebratory feel.”

I went into this planning to try to figure out how that Canadian Tuxedo compares to the uniforms of other countries in the past who arrived at the ceremonies absolutely dripping swagger. However, I soon realized that it was a fruitless task because A) there was no way I was going to be able to take every outfit that’s been worn over the past 125 years into consideration and B) there was no way any of them were going to top this anyway.

I guess you could make the argument for the shirtless flagbearer from Tonga who took the internet by storm at the Winter Olympics in 2018. 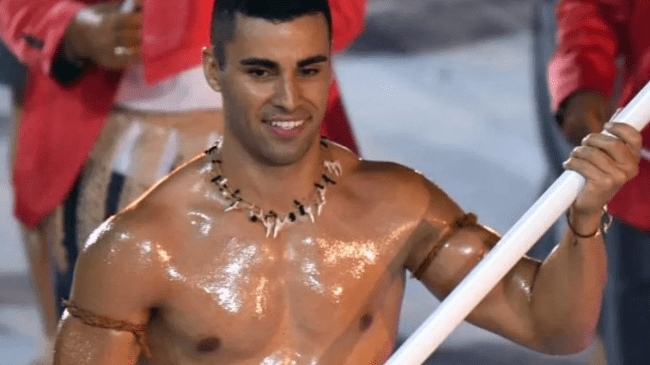 However, I’d argue a greased-up torso doesn’t really qualify as an official uniform, so I’m going to give Canada the W here.