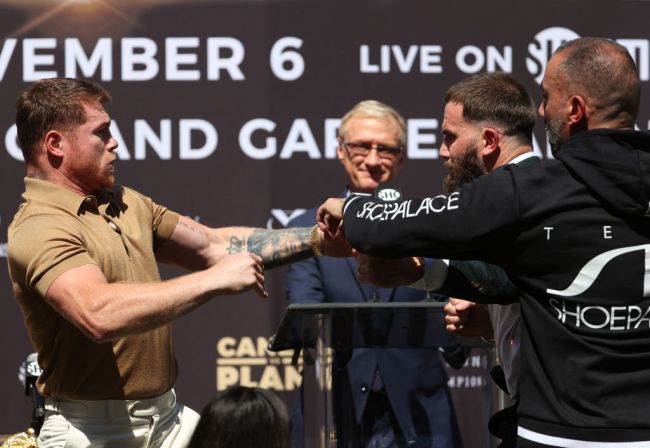 Canelo Alvarez took it literally when Caleb Plant called him a motherfucker on Tuesday.

During the kickoff press conference for their fight in November, Alvarez and Plant got into a heated altercation initiated by the Mexican boxer with a shove.

Plant went on to suffer a cut under his right eye as a result of the altercation.

According to Canelo, he did not like that Plant was talking about his mom when he called him a motherfucker.

Canelo Alvarez “He talked about my mom, he said motherfucker” #CaneloPlant pic.twitter.com/2vXl03Wlrl

Don’t talk about my mom. pic.twitter.com/f1HQlEfUUE

Canelo Alvarez and Caleb Plant are set to fight on November 6th, live on Showtime PPV.